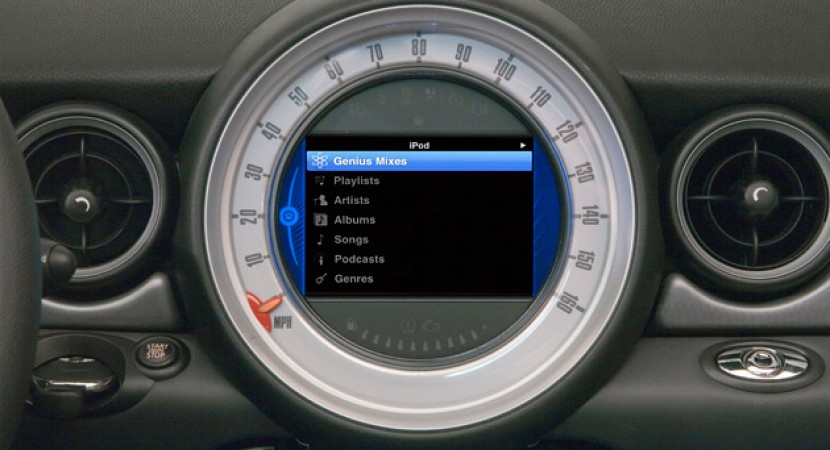 It seems that the British over at Mini aren’t satisfied with them having some of the cheekiest and most individual interiors available on the market today, they had to go out of their way and still remain ahead of the wave. So what did they come up with? Well, are you ready for this? They adapted an ingenious iPhone app so that it works with your car instead of your body.

I know it can be a bit confusing but here’s the simplest way of explaining this, like some of the applications the iPhone uses in order to sync your running speed to the music your listening to the Mini adaptation will use your car’s driving inputs to emulate a driving style. That driving style is then labeled accordingly and therefore gets your stereo playing music that fits it.

In other words, drive faster and accelerate vigorously the music played features a high BMP and a tempo to fit your mood. Take it down a notch and loosen up your right foot and you’ll be listening to something that’s quite a bit slower, calmer and such.

I’m not sure about this feature as that pack Nike developed a while back with music according to your heart rate hasn’t been the joy of consumer testing, in fact it’s been labeled not to work. But then again Mini did come up with the “Open-o-meter” so who knows how much fun you could have with something nearly useless.