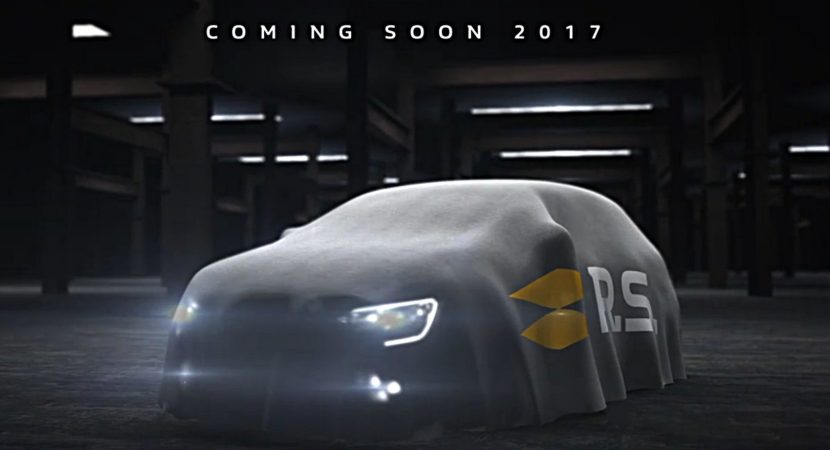 Renault carmaker has regained the respect of its fans worldwide by launching an exclusive model lineup with powerful and beautiful cars which can now compete against the top notch models from other car manufacturers.

As a tribute to one million fans on Facebook, the French carmaker is planning to release a gorgeous yet more powerful variant of the all-new 2017 Renault Megane R.S., which will be officially unveiled at the 2017 Paris Motor Show, this September.

Until then, Renault has also launched a teaser video which previews the car`s design with three-door body style.
According to a report issued by Autocar publication, the all-new Megane R.S. is going to be potent enough to take back its crown of the most powerful front-wheel drive sports car on the Ring.

This means a new 2.0-liter turbo engine with 221 kW. However, new rumor mills have it that the model might pack a 1.8-liter turbo, the same one found on the new Alpine A110.

The later engine would be hooked to a six-speed manual transmission as standard, while the carmaker`s new dual-clutch EDC transmission would also come available as optional.

This would allow a sprint from 0 to 100 km/h in less than 5.0 seconds, which would make it faster than the Honda Civic Type R. To achieve such an outstanding sprint, the new model would also have to be more lightweight and lower with around 25 mm. It is also expected to be longer with around 28 mm.

Until further details with the 2017 Renault Megane R.S. arrive in the near future, feel free to take a closer look at the teaser video released with the model.