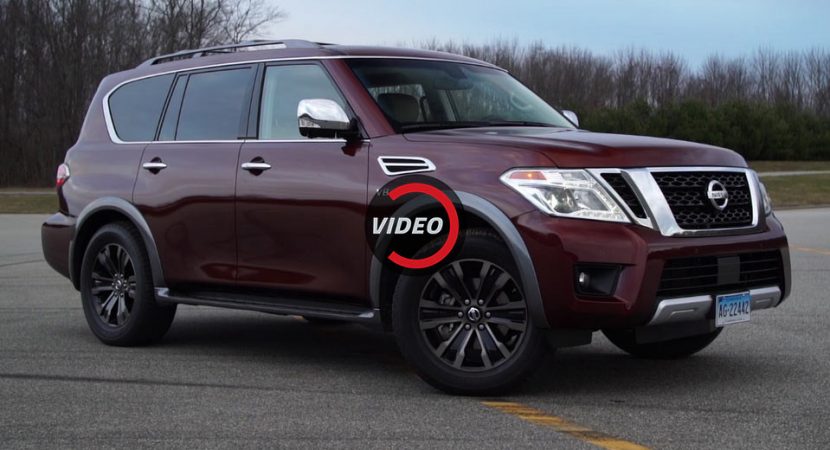 The Japanese based carmaker Nissan has launched the all-new 2017 Armada a couple of months ago, the gorgeous SUV receiving lots of positive reviews from journalists worldwide.

However, the 2017 Nissan Armada has one final test to pass before it becomes one of those exquisite and highly appreciated SUVs on the market. And that would be receiving the green light from Consumer Reports, which recently tested the model out in the open air.

Consumer Reports has also released a video presentation with their drive test so feel free to watch it, in order to make a strong opinion about the all-new 2017 Nissan Armada!

According to some previous reviews and to editor Mike Quincy`s personal opinion, the 2017 Nissan Armada would be a perfect choice against the likes of the Chevy Tahoe or the Toyota Sequio, the SUV coming with an attractive design and lots of goodies inside. Otherwise, instead of choosing the SUV, customers should resort to a much fancier choice, which is the all-new and high-end Infiniti QX80.

In the United States, the 2017 Nissan Armada is not that expensive as an Infiniti QX80 or than the Chevy Tahoe, but you could still get pretty much impressed with the $44,900 price tag in the entry-level SV variant.