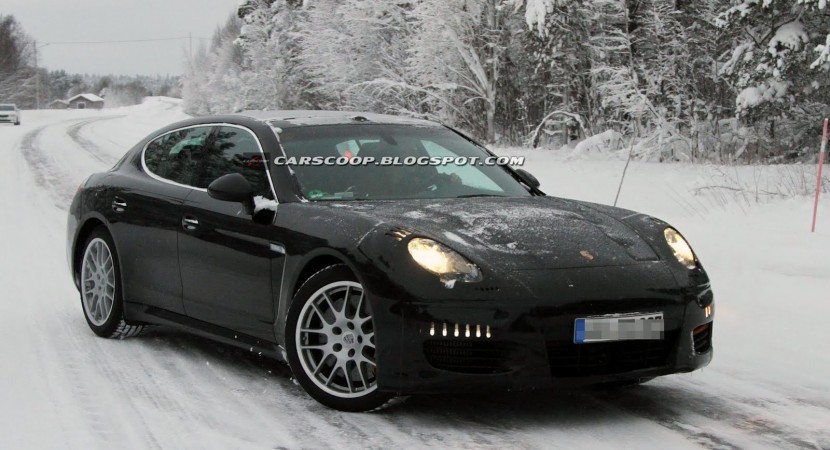 Porsche makes very capable cars but they’re not perfect. There’s plenty of aspects they get a lot of stick for and the Panamera is certainly one of those models.

Most of the negative attention of this situation is generated by the awful way the Porsche four door super sedan looks. It really is hard to describe as decent to look at. 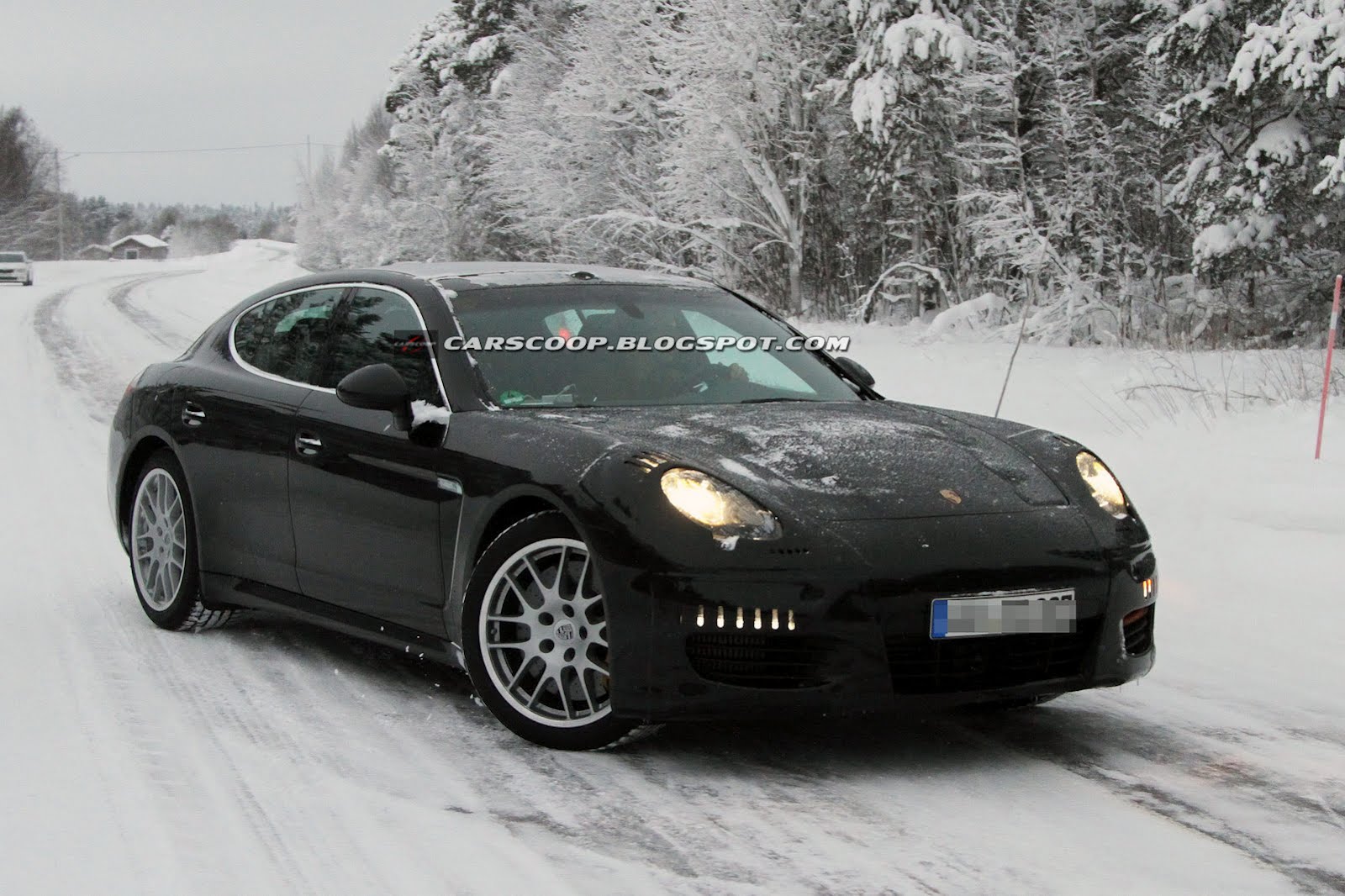 Now however, we’re met with a situation where looking forward to seeing a Panamera is actually socially acceptable. I’m talking about some spyshots.

The spyshots of the upcoming version of the German super sedan, the 2013 Porsche Panamera are acceptable because so much camouflage is used that the new model is difficult to distinguish.

Even though we don’t know how different the car will end up looking, nobody really expects any major differences to occur. 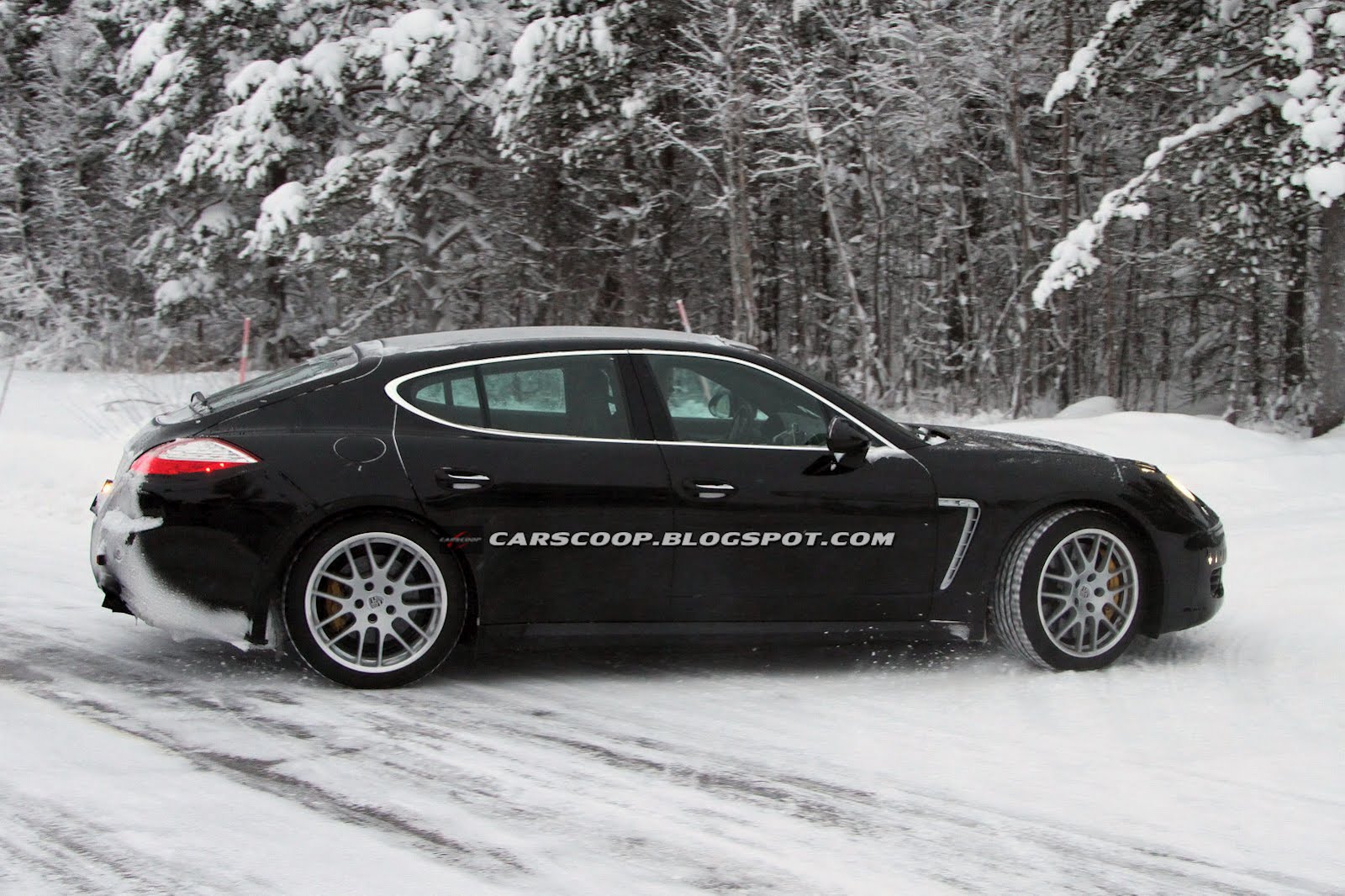 Since Porsche is testing the upcoming Panamera in winter conditions we expect them to be pushing for an emphasis on controlling the awesome power it will certainly have at its disposal.

Speaking of which, we have no information on the sort of power the V8 powerplants in the 2013 Porsche Panamera will develop. Since this is a facelift and not a complete re-design, we expect the pluses to be minimal.

Some 10-25 horsepower and maybe 30-40 for the top end version is just about all. Even so, you’d be a serious fool to call a Porsche Panamera underpowered. 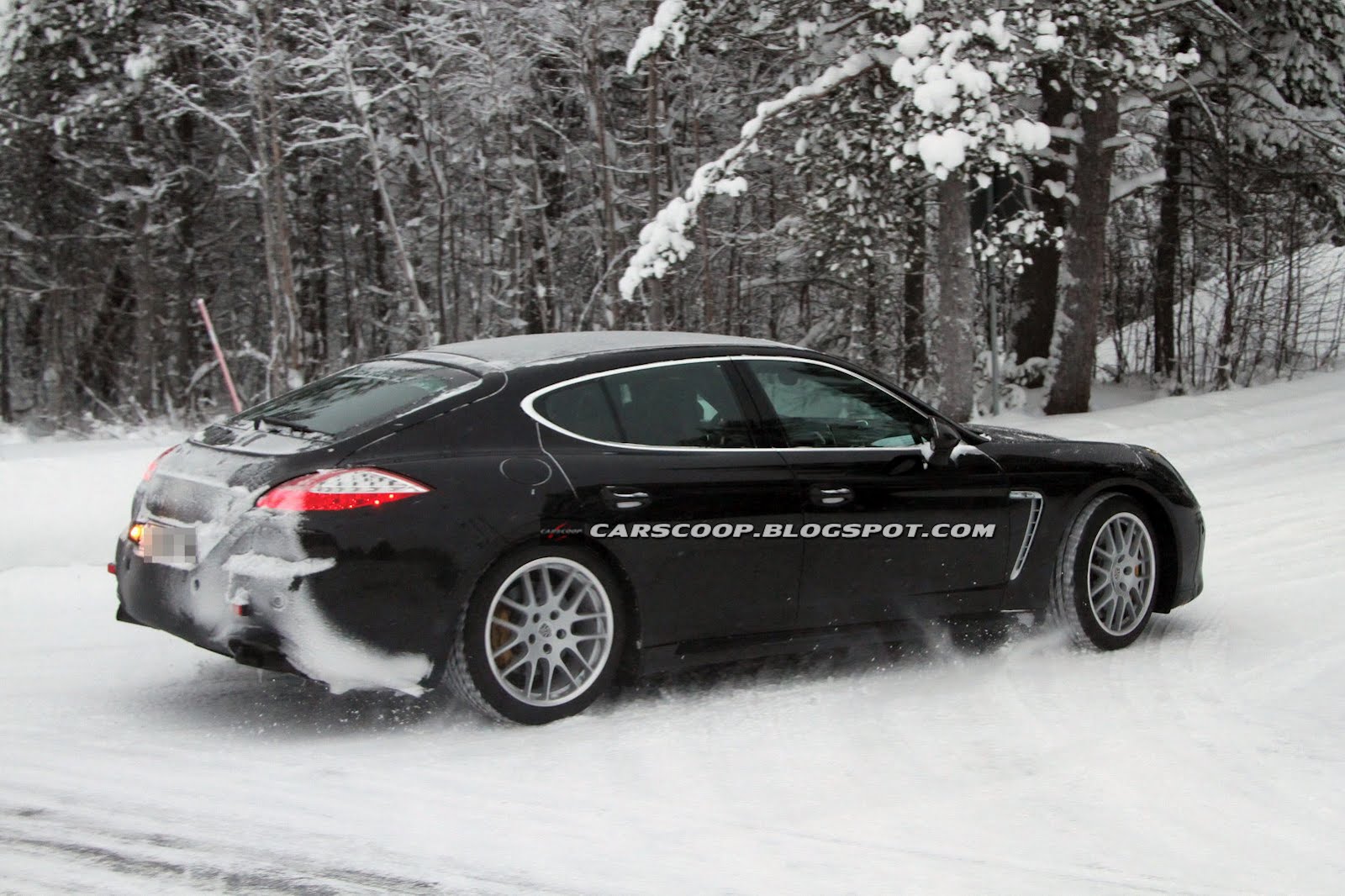 Expected a proper unveil of this model later in the year, perhaps during the Frankfurt Motor Show.