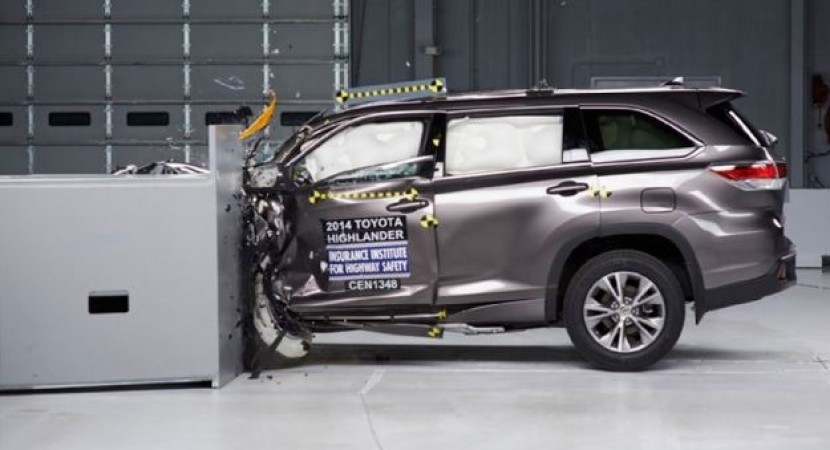 Most people that go for an SUV when they purchase a vehicle think they will be much safer in a hulking monster than a tiny sedan.

Unfortunately, many of the SUVs out there today behave terribly in crash tests, making them genuine death traps for anyone inside. 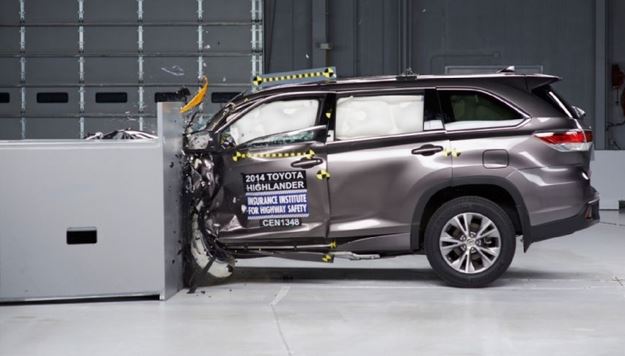 But now and then, a properly designed and engineered SUV does see the light of day, and when it comes the time to put them to test, they show that sought after security people buy SUVs for. Lately, the 2014 Toyota Highlander managed to distinguish itself, earning the IIHS Top safety Pick and Award.

While the highlander only grabbed an Acceptable grade from the IIHS (Insurance Institute for Highway Safety) during the overlapping crash test, the fact that it comes equipped with both forward collision warning and automatic braking function managed to inch ahead other similarly well built SUVs. So if you are in the market for a big car that won’t implode if you hit something, you can wait for the 2014 Toyota Highlander.