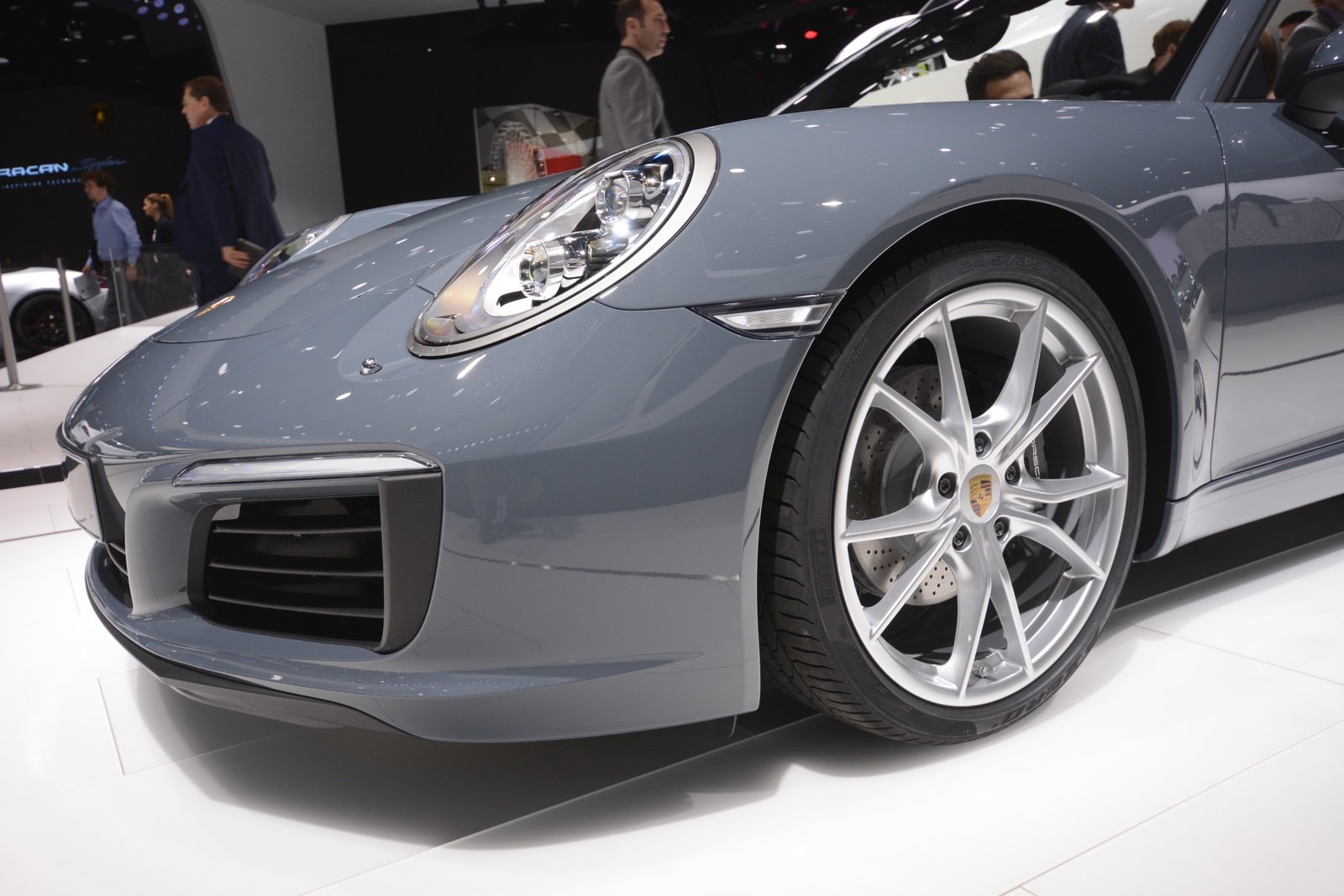 About a week ago, we all witnessed what the 2015 Porsche 911 Carrera and Carrera S can do on the tracks, both models being the subject of some videos that showcased their performance all squeezed out from the new twin-turbo engine. Now, the 911 was finally unveiled at the 2015 Frankfurt Motor Show.

As we can depict from the small photo gallery, the all-new 2015 Porsche Carrera is looking smashing, coming with some body mods, like the new LED daytime running lights, reshaped headlights, updated taillights and door handles, engine cover with vertical louvers and the customized tailpipes.

But perhaps the most significant changes have been carried out under the hood, where the “old” naturally-aspirated engine was changed to make way for a more fuel-efficient one, in the shape of the 3.0-liter twin-turbo flat-six mill, which delivers 370 horsepower and 450 Nm of torque, in the base Carrera, and 390 horsepower and 500 horsepower in the Carrera S. The sprint from 0 to 100 km/h is done in 4.2 seconds, respectively 3.9 seconds in the Carrera S, both fitted with the Sport Chrono Package and hooked to the high-performance PDK transmission.

Even if the new twin-turbo flat-six is 20 horsepower faster than the naturally-aspirated one, the new mill is also set to come with improved 12 percent fuel-efficiency, the figures standing at just 7.7 L / 100 km, which is quite impressive.

The “good news” don’t stop here, as the German based carmaker is also planning the introduction of a plug-in hybrid version by 2020, reportedly followed by a pure electric 911.