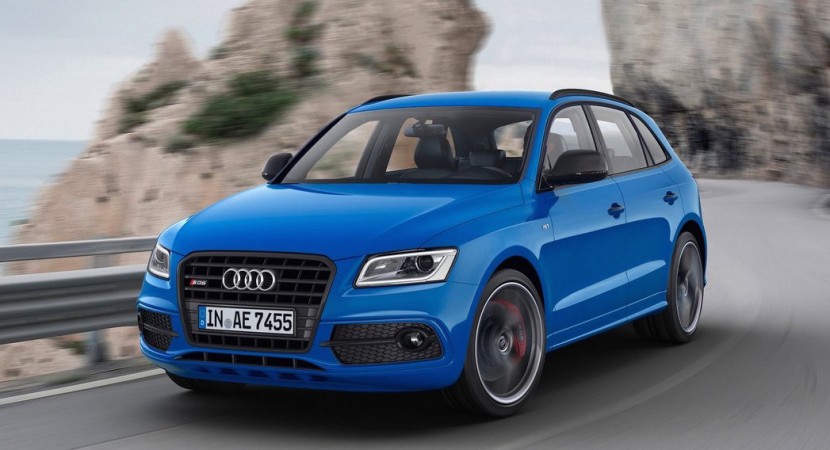 The Audi SQ5 lineup has been completed in Australia with the recent unveiling of the 2016 Audis SQ5 “plus”, first released in Europe last September.

The “plus” package involves additional features as opposed to the regular SQ5. Therefore, the plus edition will cost $108,900, which is $17,000 higher than the standard model.

In terms of visuals, the 2016 Audi SQ5 plus is coming with sporty body styling components, like bespoke quad-outlet exhaust system, taillights with darker tint, as well as the fresh and standout 20-inch alloy wheels with painted breaks.

Stepping inside, the cabin of the SQ5 plus is tweaked with carbon fiber trimmings, Nappa leather upholstery with diamond contrast stitching, adaptive cruise control, autonomous emergency braking and a few more.

In the engine department, the model features a 3.0-liter turbocharged diesel V6 engine, developing a good 250 kW and an impressive 700 Nm of torque. This would allow a sprint from 0 to 100 km/h in just 5.1 seconds.

According to the German based carmaker, the 2016 SQ5 plus might be used as a bait to lure new customers and to prepare them for the upcoming Audi SQ5 and SQ5 Sportback, which are set to come with advanced characteristics and high-performance engines under the hood. We will see them both at the 2016 Paris Motor Show, in September.