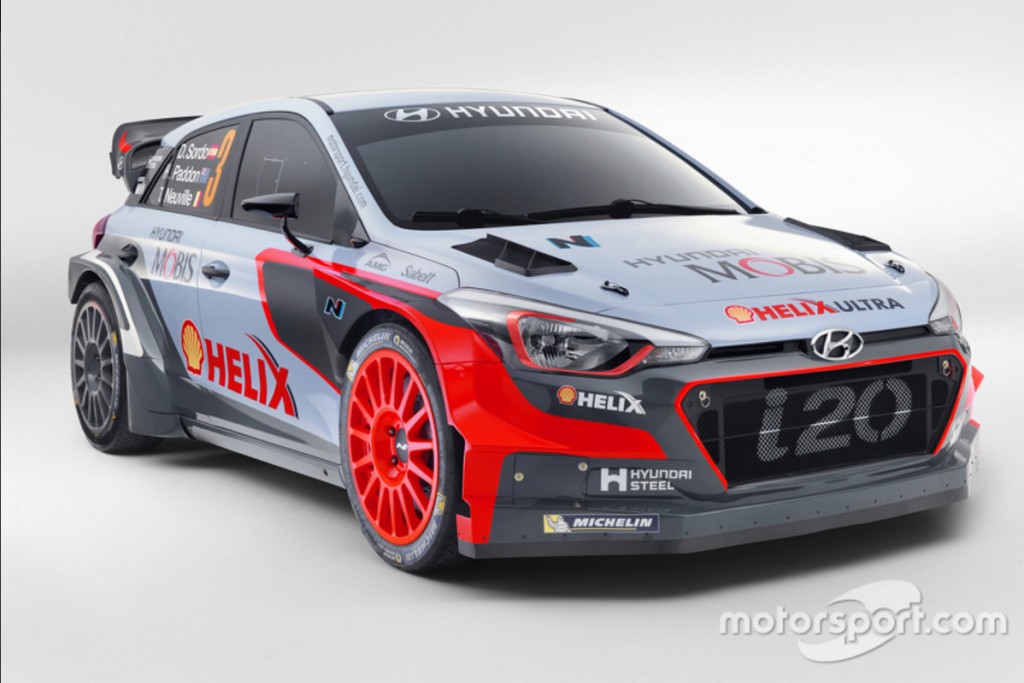 Hyundai Motorsport has recently unveiled the i20 WRC racer at the carmaker`s facility in Alzenau, Germany.

The racer will make its racing debut at the Monte Carlo Rally, next January, the model coming with a series of important modifications that would make it a real threat for its competitors.

From a visual standpoint, the mods include the new rear wing or the updated front spoiler which will provide the racer with “a new external appearance” as well as improved aerodynamics.

“We are entering an exciting phase in our young team’s journey, which I think will reinforce our commitment and ambition in the competitive WRC community. We have come a long way since our inaugural foundation year, and our performance in last season’s championship gave us renewed optimism for the future. The New Generation i20 WRC is the product of a full year of development and we should now raise our objectives to be more confident to fight at the front.”

Speaking about performance, the 2016 Hyundai i20 WRC packs a 1.6-liter turbo engine with the Magneti Marelli SRG ECU, which outputs 300 horsepower and 400 Nm of torque, hooked to a six-speed gearbox that sends the power to all corners. The 2016 Hyundai i20 WRC will be driven by Thierry Neuville, Hayden Paddon and Dani Sordo.