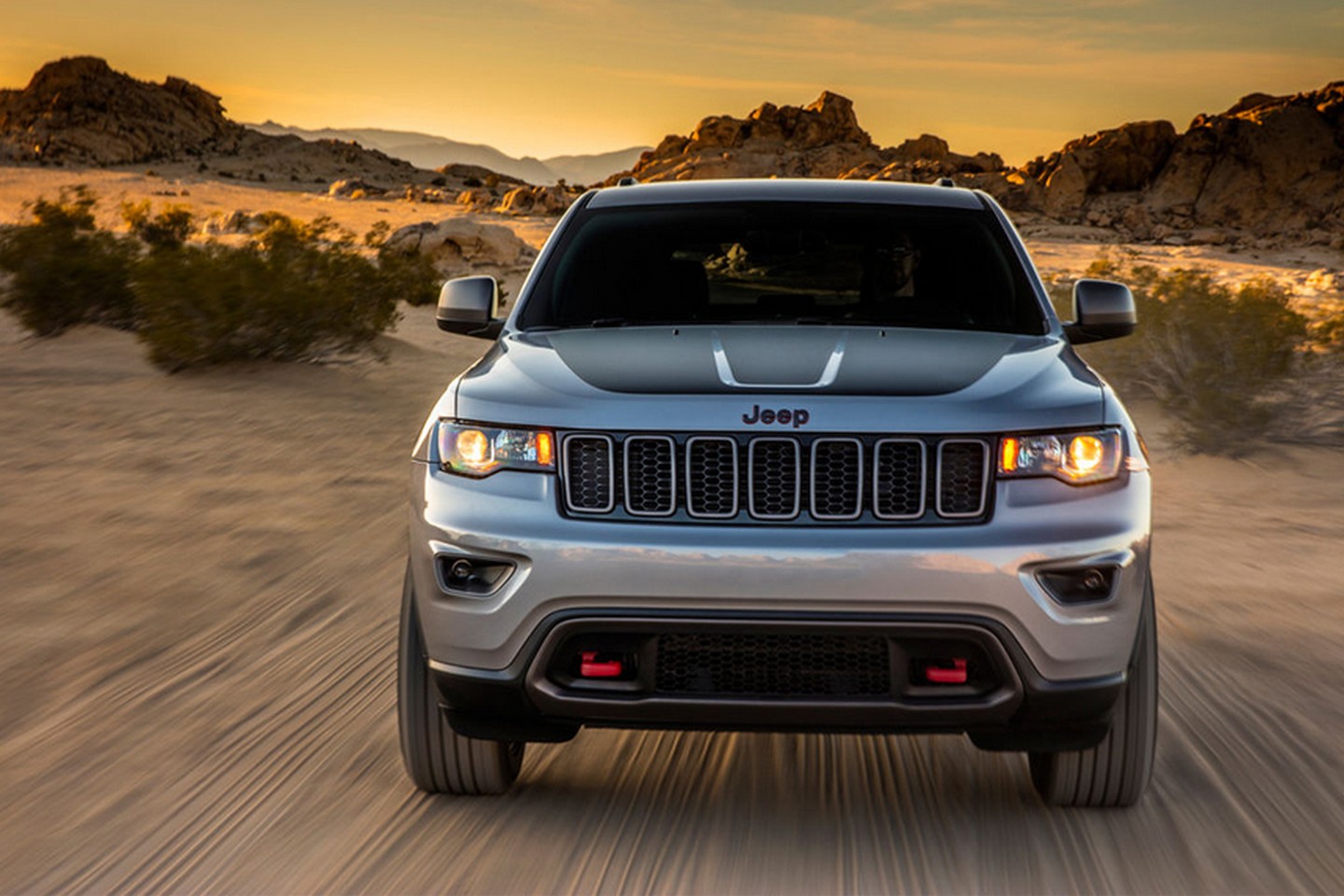 The 2016 New York Auto Show is opening its gates next week and carmakers all over the world are already launching their new models online via renderings, previews or teaser images.

In case of Jeep manufacturer, the first leaked images with the long-expected 2017 Grand Cherokee Trailhawk have already popped-up online and preview the future SUV from a visual standpoint.

We might have expected to deal with a high-end model, but it seems that the Trailhawk, as the name suggests, is aimed more for off-road performance and not for efficiency and speed on the road.

And the photos really provide us with a closer look on the SUV`s off-road capabilities. Just have a look at the car`s revised front bumper bar with the new lower section with red tow hooks, black elements as well as custom alloy wheels.

As for the engines under the hood, the Trailhawk is rumored to come with the common Hellcat engine, with around 527 kW. Full details on that matter will be revealed next week in New York, starting 23rd of March.