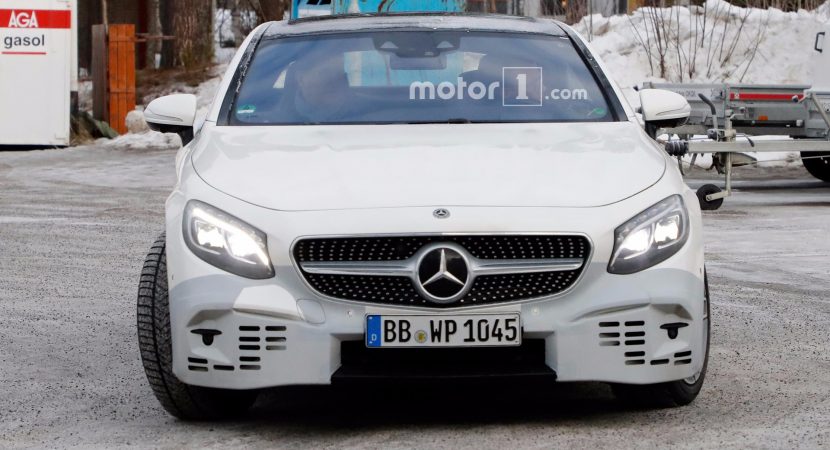 Mercedes-Benz is getting ready for the grand opening at the 2017 Geneva Motor Show with a new suite of models, which will definitely blow away its competitors and the audience as well. One of them is the long-spied Mercedes S-Class Coupe, seen below in its final form and wearing no camouflage.

The S-Class Coupe is a gorgeous model in all generation forms, and the latest one looks even more smashing, the carmaker adding new styling bits without spoiling its general design language.

As we can depict from the photos below, the 2017 Mercedes-Benz S-Class Coupe is now tweaked with new front and rear fascia, revised LED running lights and taillights. These body styling make-overs are available for all variants – the sedan, coupe and the convertible.

Previous spy photos also provided us with a closer look inside, the cabin of the new 2017 S-Class Coupe coming with the latest gadgetries, including a much wider instrument panel to the center, three-spoke steering wheel, and the latest materials for a more luxurious and cozy feel.

In the engine department, the new 2017 Mercedes-Benz S-Class Coupe has also received some fresh mills, including the new 3.0-liter inline six-cylinder engine, with an electric auxiliary compressor for the turbocharger as well as an integrated starter-alternator. We are looking here at more than 402 horsepower and over 500 Nm of torque, with the CO2 emissions standing lower as well with around 15 percent.

The engine lineup continues with an inline diesel with 313 horsepower, adding as well a 4.0-liter biturbo V8 engine in the S500, with around 470 horsepower and 700 Nm of torque. We expect full details to be uncovered at the 2017 Geneva Motor Show. 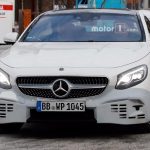 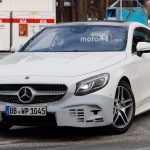 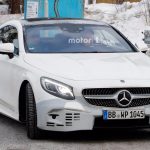 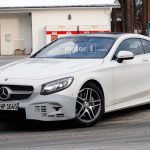 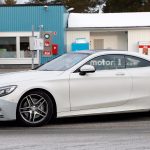 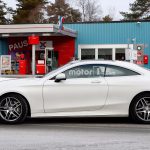 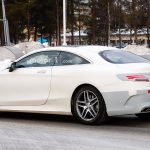 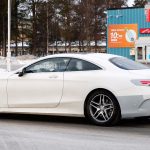 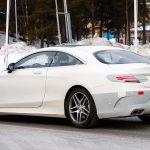 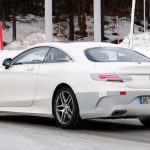 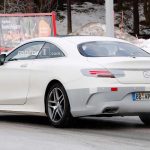 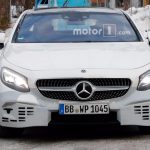