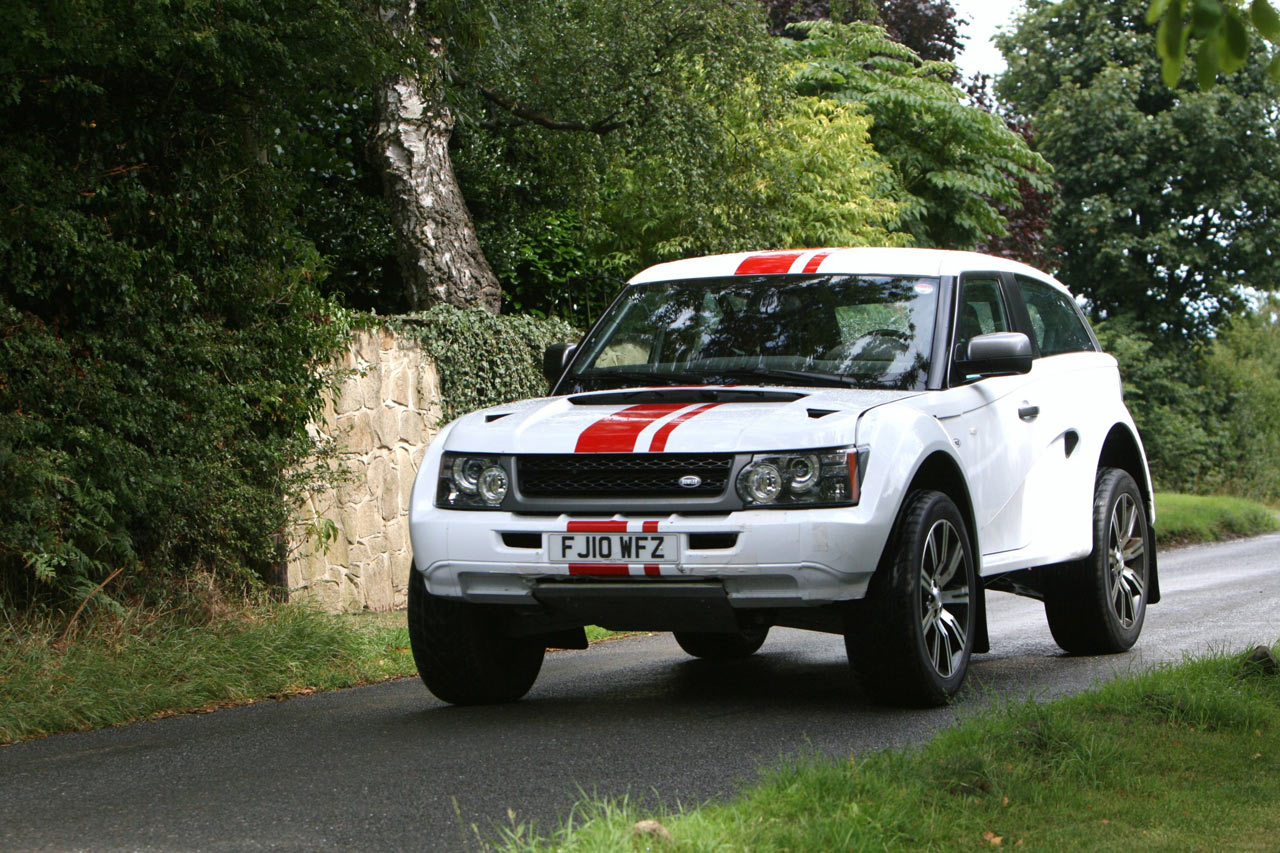 I’ll take my chances on this one, unless you’re a Dakar rally or Top Gear enthusiast, you probably won’t have heard about Bowler.

They are a very small British company which specializes in very tough off-road monsters that are based on Land Rover products.

Since for years they’ve been making off-road racing cars with a not inconsiderable amount of success, the chaps who run Bowler decided they should open up to a new market, that of road-going cars.

And though the road legal status adds a considerable number of difficulties to the list of what Bowler has to sign off before making a new car, the end result should be very interesting.

You see, some of Bowler’s products can withstand falling 40 feet onto its nose without any sort of failures or problems.

That sort of rigidity may be tough on you, may have a few problems with the crowds that love pedestrian safety but it will certainly be helpful when faced with small accidents.

Whether you hit or are hit by somebody isn’t relevant, while the other will have to go for a serious amount of rebuilding, your Bowler will not have more than a scratch on the paint.

Getting back to reality and the likes we find that Bowler plans to make the new road legal based on their pretty popular Nemesis.

The new car will be made in a “limited edition” of either 150 or 200 units per year. It sounds like a very small number, even for some limited edition situations.

As far as Bowler however is concerned, the “limited edition” will mean enormous numbers. It’s because on average, Bowler will sell around 15-20 fully race-bred modified Land Rovers per year.

Bowler’s managing director Steve Haywood, claims that even though it is a momentous occasion for them they aren’t going to rush it.

This because the Bowler production model will retain most of the Dakar-ready performance aspects but they want to add some customer wishes to the list of things to do.

When they actually get round to making it, pricing for the Bowler monster that’s ready to take on the public roads in conditions of bare comfort will cost quite a substantial amount.

The projected price is set to stand at £150.000 or nearly $250.000 at today’s exchange rates which is some serious dosh but then again, Bowler cars do offer some serious stuff that will enable you to look down on any SUVs you may encounter.

2012 Mercedes B Class shows off interior