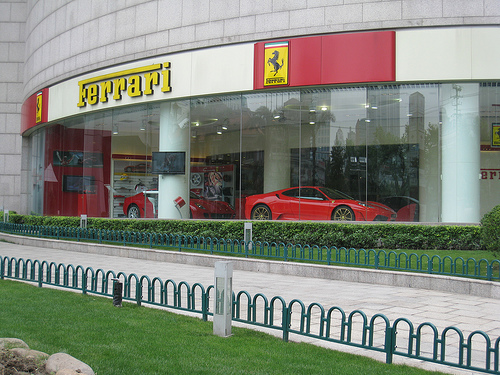 Through a recently revealed press release, the Maranello-based manufacturer announced unexpected big sales in 2010, about 300 units were sold in China. On the 14th of January, Ferrari will organise a special celebration ceremony in Shanghai for the 999th customer.

It’s right that 300 units sold in a year isn’t that much but don’t forget we are talking about a supercar manufacturer, not an entry-level one, thus, the sales decrease considerably compared to the other manufacturers. In the same press release we find that 2010 was a historical year for Ferrari mainly due to the sales record but also due to the special ceremony.

For the new year, Ferrari also plans to introduce the first Asian championship in the Ferrari Challenge, this following to be the first time when the Italians are taking such a decision. The Italians took the decision to celebrate the 999th customers mainly due to the fact that nine is considered a lucky number in China.

The new Mercedes C Class Coupe gets revealed ahead Detroit