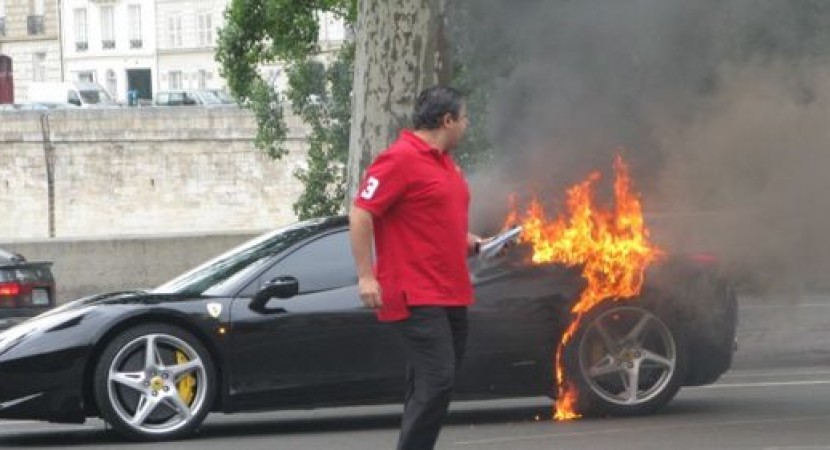 Five cases of unexplained catching fire were reported in the last time for the Italian supercar. Ferrari 458 Italia is rated at 168.000 euro in standard version, and Ferrari have to replace the five models that caught fire but also the Italian manufacturer officialy announced that the remaining 1248 units sold will be recalled to solve the problem.

The incidents with the 578 horsepower supercar powered by a 4.5-liter V8 engine happened in countries like China, France, U.S. and Switzerland. In the article’s photo we can see the Ferrari’s 458 Italia supercar on fire, this incident happened on a street in Paris.