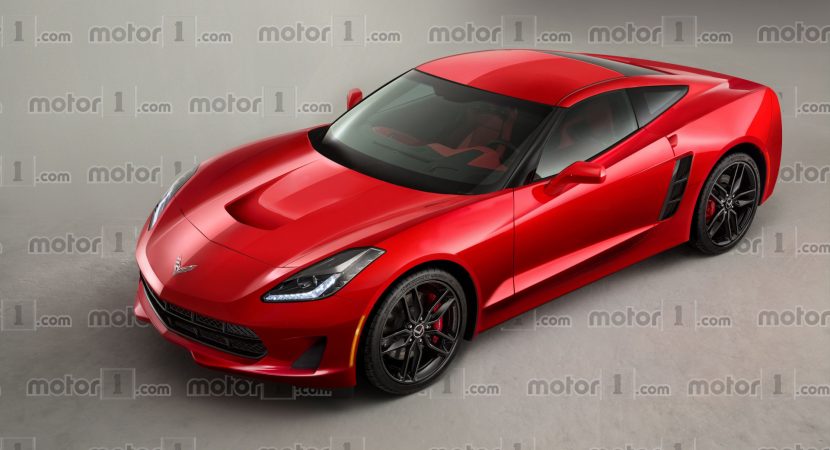 Thanks to OmniAuto.it we now have a new rendering with the controversial Chevrolet Corvette C8 which is rumored to be unveiled at the 2017 North American Auto Show, in Detroit, with first deliveries to commence in early 2018.

The model is dubbed “Emperor” and is wrapping a body styling with elements from the C7, this one slotted for 2021 as the Z06 and Grand Sport styling.

The Chevrolet Corvette C8 is reported to cost around $80,000 with the main highlight revolving around a mid-engine configuration, also found on the C7, which means that we are looking here at an extremely potent version.

According to a former Chevrolet employee, the future C8 would be indeed a hardcore model in terms of design, coming with active aerodynamics parts, and power between 450 horsepower and 500 horsepower, all squeezed from a V8 engine.

As expected with these types of engines, the Chevy is also planning to introduce a top of the line version, with the same V8 engine but with improved power and performance thanks to the 32 valves and four cams.

Also, a hybrid version might follow shortly after – reports state that it would be named “Corvette E-Ray” – coming with a conventional engine and an electric motor, the hybrid being offered with an all-wheel drive configuration, with the engine to send its power to the rear axle.

The same Italian online publication also states that Chevrolet is reorganizing its strategy concerning the future of its Corvette lineup, considering dropping the C7 in a couple of years and replacing it with a much powerful Z06 version. The Z06 Coupe is also in a facelift process, with the model to cost around $80,395 once it will be released next year.