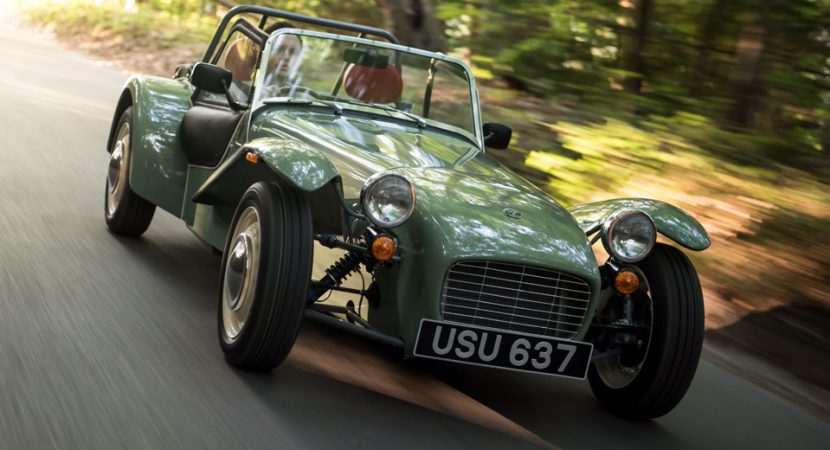 In case you didn’t know, Caterham is a British carmaker that builts lightweight sports cars, “representing the peak of driving involvement, and offering a sophisticated package of handling, road holding and ride”.

Currently, the maker`s legendary Seven sports car has turned 60, a special occasion which had to be celebrated with a special limited model in the shape of the Seven Sprint.

The Caterham Seven was launched in the 1960s and the current Seven Sprint takes its inspiration from the original model, coming with exquisite colors and body styling features. It will be displayed at Goodwood Revival, this weekend.

From a visual standpoint, the Caterham Seven Sprint comes with a choice of six colors, the same one found on the original car, adding the cream colored wheels, polished chrome hubcaps, as well as the standout rear taillights.

Inside, the cabin welcomes you with a retro feel, highlighted by the classic instrument cluster, wooden, three-spoke steering, red dashboard and scarlet red upholstery.

In the engine department, the Caterham Seven Sprint comes equipped with the classic 660 cc three-cylinder engine, developing a good 80 horsepower. Since it comes with the company`s strict philosophy concerning lightweight material usage, this lad here is also wearing the same chassis, which allows a sprint from 0 to 100 km/h in a mind-blowing 6.9 seconds.

In case you are interested in buying a model, you should hurry up, as only 60 units will be produced worldwide, each one coming with a price tag of £27,995. The Caterham Seven Sprint limited edition can be observed in the media gallery below. 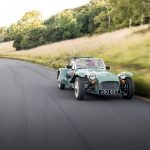 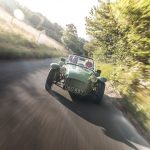 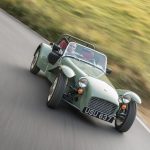 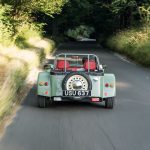 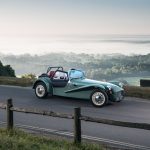 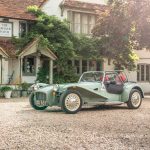 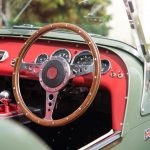 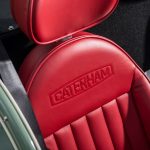 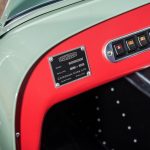 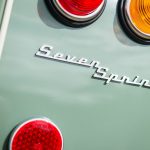 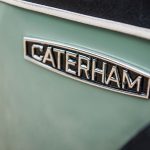 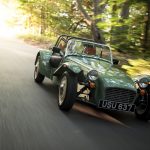 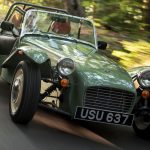