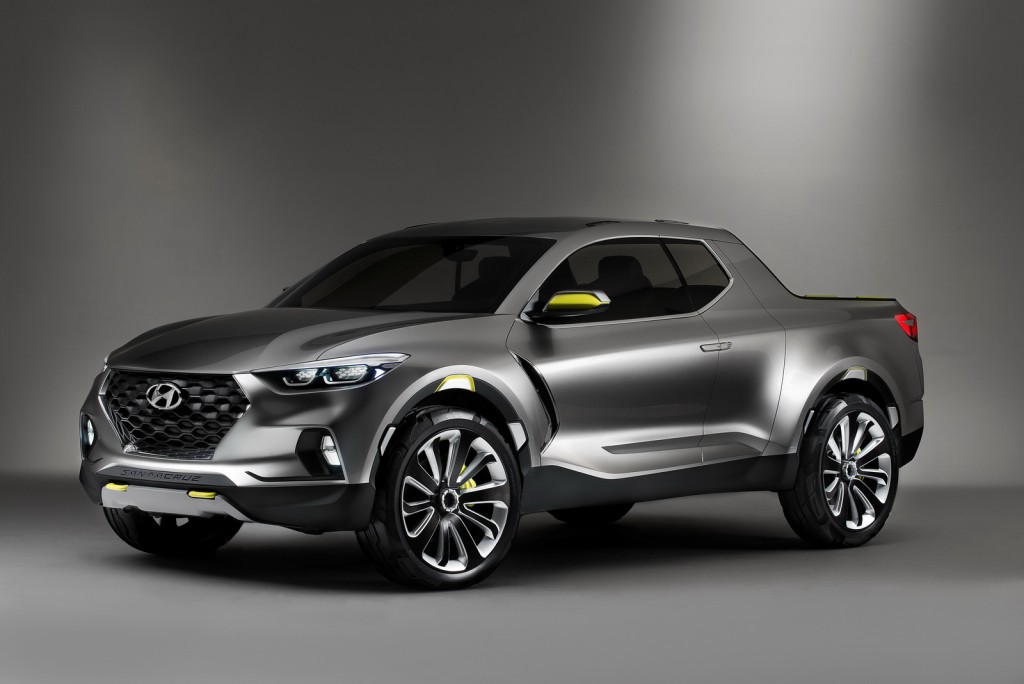 The Hyundai Santa Cruz was unveiled a couple of months ago at the 2015 NAIAS, Detroit, as a pickup truck concept and recent reports state the model in question will be based on the Hyundai Tucson, which means that it will come with a rather similar body style and some new engines under the hood.

The Hyundai Santa Cruz Crossover will still look like an SUV, even if the proportions will be reduced. The model will come with enough space for five passengers, offering a great practicality and comfort for everybody.

Outside, the Hyundai Santa Cruz Crossover will also come with LED lights, yellow brake calipers, as well as large alloy wheels wrapped with the Michelin tires. Under the hood, the crossover concept is also believed to sport a new diesel unit in its engine lineup.

As standard, the Hyundai Santa Cruz Crossover will come with the 2.0-liter turbocharged diesel unit, developing a good 190 horsepower and 406 Nm of torque. Unfortunately, no performance details are yet revealed, but we should find out more at the 2015 Frankfurt Motor Show, this September! Until then, enjoy the photos with the Hyundai Santa Cruz Crossover Truck Concept!

McLaren 540C won’t make it to the States