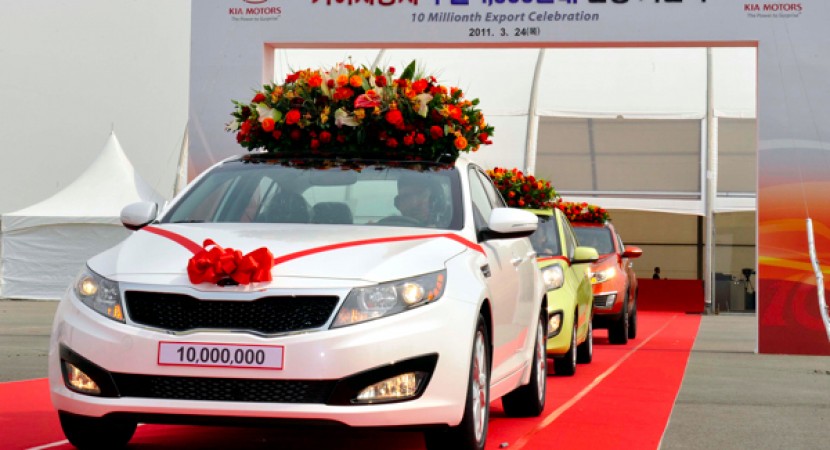 Back in 1975, which is about 36 years ago, the South Korean manufacturer started exporting models to just few countries, about ten more exactly. Today, Kia managed to reach 10 million units exported to more than 150 countries and they decided to celebrate this landmark somewhere near Seoul, at the port in Pyeongtaek. 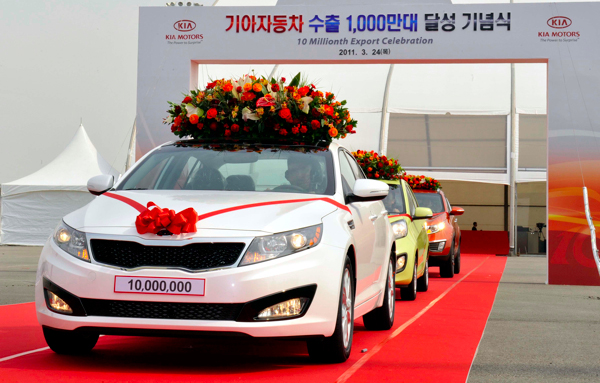 What is somehow more surprising is that the South Korean manufacturer reached 5 million exported units in 2005, so, at a pretty big distance but in less than six years the figure doubled. This says it all about the growing trend saw by Kia in the recent years.

The most important market for Kia proved to be the North American one, more than 4,2 million units reaching US customers. The second largest market is Europe with 2,4 million vehicles followed by Africa with 1,3 million. Talking about the best seller export, Kia Rio manages to take the first place with almost 765,000 units closely followed up by Rio with more than 747,000 vehicles sold globally.

Here are a couple of photos with the celebration event held by the South Korean manufacturer at their main plant.