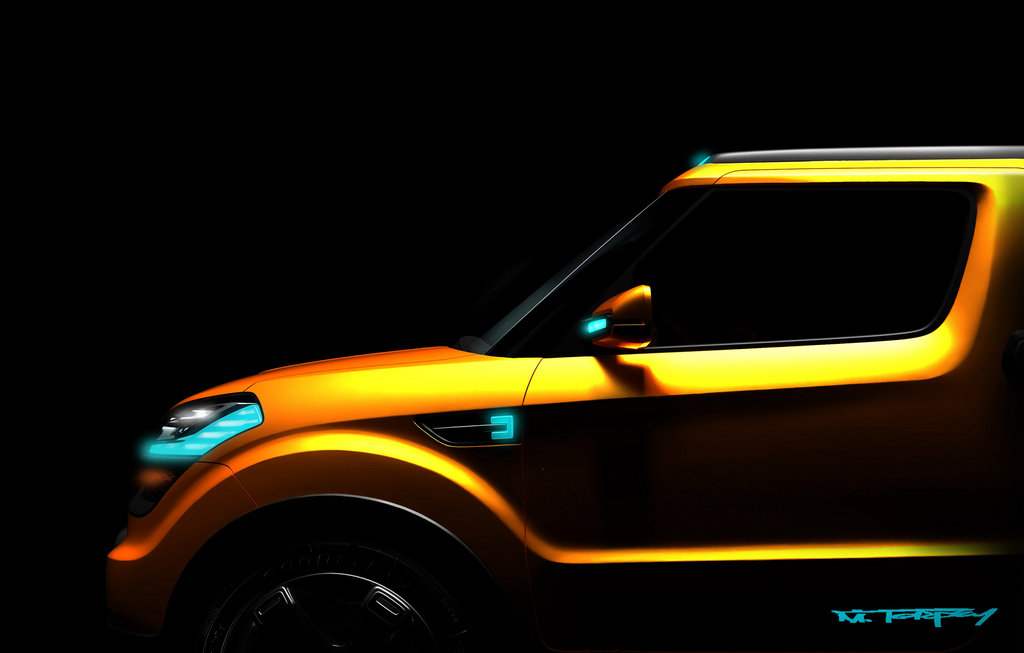 The first and only official picture of the Kia Soul concept has been released on the internet.

At the moment, you can really say if the car will be attractive, or not, but we have a vague idea of how to front tip will look. The Kia Soul concept will be unveiled at the International Auto Show from Detroit, which will take place at the beginning of 2009. Some people think that the car will have two doors and that the project is based on the four door version of the crossover. The people from Kia declared that this is not just a simple modified version of the existing model, but a completely different car.

The Kia Soul concept will appear soon, so I guess that more pictures are bound to hit the internet in a few days and we will discuss more about this interesting car.