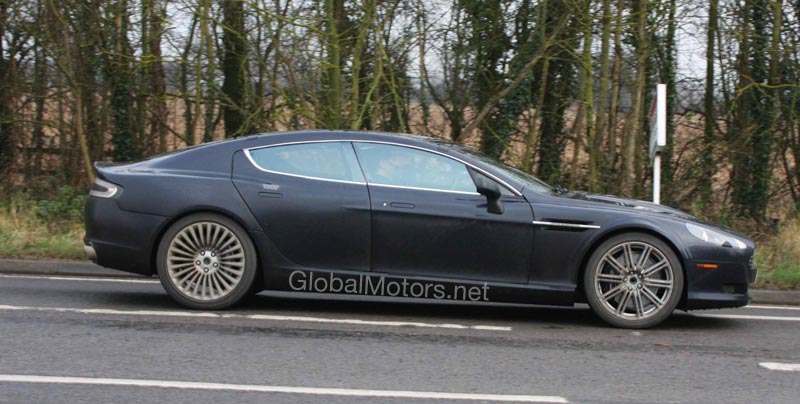 At first, the people from Aston Martin wanted to give us a taste of the 2010 Aston Martin Rapide and we ended up with a few computer generated imagines. Now, we can take a look at the real thing.

The exact details weren’t revealed, but we can safely assume that a V12 6.0 L engine will be installed under the bonnet and it should produce around 500 horse power. In the end, the car will reach 60mph in only 5 seconds with a top speed close to 190 mph. All of these attributes will make it the perfect alternative for those who are attracted by the Porsche Panamera. The 2010 Aston Martin Rapide will be produced starting next month, but there are chances for it to reach the first buyers at the end of 2009.

The 2010 Aston Martin Rapide looks great so far, we are just waiting for an official launch and the first real official pictures.