Automotorblog: Daily news on cars and motorcycles Blog Lotus Lotus trying to power the Exige by a V6
Lotus

Lotus trying to power the Exige by a V6 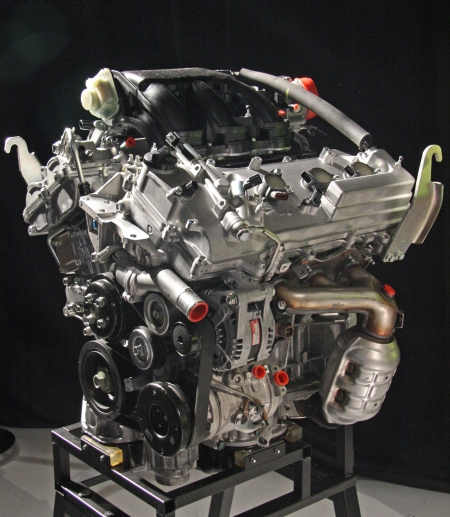 The spies say that the sound of the engine in these under works Lotus cars bares a close resemblance to the sound made by the British company’s latest creation, the Evora.

The 2010 Lotus Evora has a 3.5L V6 that produces 276 horsepower and 252 lb-ft of torque at its peak. The engine bares a Toyota 2GR-FE V6 badge which means it is a derivative of the same engine that could be found in the Camry but with added Lotus engine management and a sports package.

My guess is that this isn’t going to be enough as the Exige S outputs 257 horsepower and 174 lb-ft of torque from a smaller, lighter engine so if the car is to be better it’ll have to produce a lot more than that in order to maintain the power/weight ratio which will suffer once the heavy 6 cylinder engine would affect seriously.

An V6-ed variant of the Exige has been rumored for more than a year but it had been put on hold by the Norfolk company due to the recent crisis of the automotive industry.

Lots of Nissan Leaf customers have previously owned a Prius