Make Your Car Dent-free Without Loads of Investment 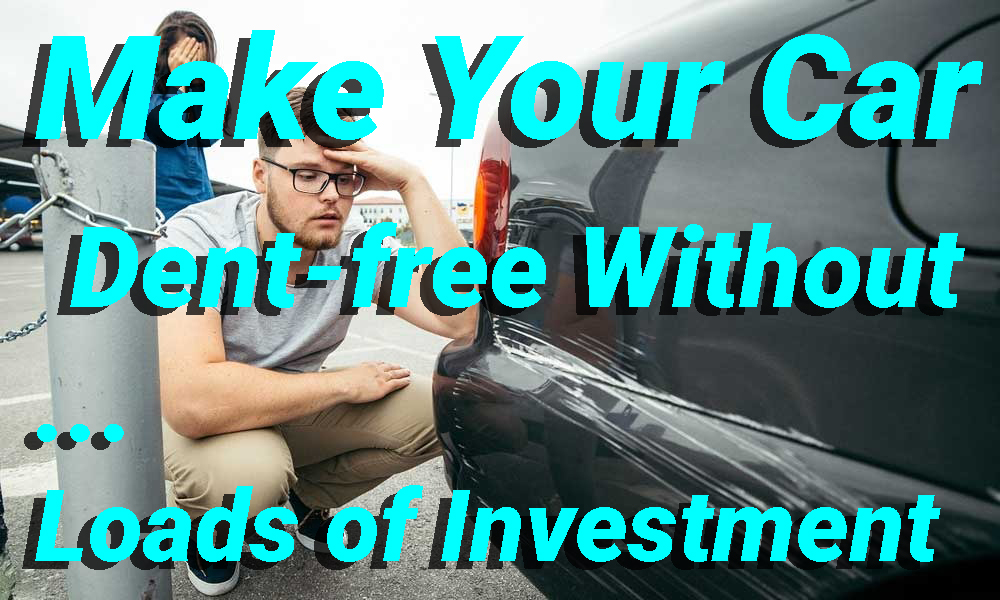 Car dents are the real problem for car owners. Getting them is no doubt a troublesome and hurtful experience if you are a car lover. Once your car is indented, you should think of removing it without wasting any time. To sustain the resale value and maintain the overall grace of your car, paintless dent repair is essential.

Most Common Causes of Small Dents

Before moving towards the procedures of fixing car dents, let’s take a look at the frequent sources of dents and dings. Car doors in large and jammed parking lots can cause these undesirable dents to your car doors and sides. Furthermore, if you save your car from these doors, the misplaced shopping carts are the next big thing in ruining your car’s appearance due to these dents. And, you have to take these car dents to your home along with your grocery shopping. Sounds awful, right?

Do you want to examine your car to see if it has any dents? Car dents can be anywhere on the framework of your vehicle. Car dent repair is an absolute requirement in visible or suspected cases. The parts of your car most prone to any dent are the bumpers, doors, and, less frequently, trunks. Bumpers, designed to reduce the impact of crashes, are one of the prominent areas to be harmed by collisions. The same is true for doors. They might quickly get affected as a result of unfortunate situations and accidents.

Being a car owner, you need to know the cost of car dent repair. The prices are usually high for fixing car dents. Nevertheless, the results are appreciable and make your car looks smoother. All you need is to choose the right place to repair them. Some factors that affect the price of removing car dents are listed:

If you are searching for the most efficient and effective method to remove car dents, paintless dent repair is the one we recommend. With this easy and frequently used method, you can get a cost-effective car dent repair in just one day. It is used in 90% of cases of dent repairs of cars and trucks. This fixing process does not destroy or damage your car’s original paint. In fact, there are no body fillers or repainting required. The ‘environment-friendly’ property of PDR is the cherry on the cake.

How Does PDR work?

Trained professionals can only do paintless dent removal. They have special tools to remove dents from your car without damaging the paint. Some basic steps of PDR are as follows:

When you bring your automobile to the shop, the skilled personnel will first analyze the amount of deformity. They will find out the number of dents, location on the car, depth, etc. In return, you will be informed of the repair cost and time required to remove car dents.

Find A Pathway To The Dent

In the next step of paintless dent repair, the technician access the dent. To remove the dent, the staff might require the removal of some parts of the car. These could be interior panels, body panels or light, etc. Removing the frame part helps the technicians reach the back side of the dent, which is then further assessed with the help of a torch or supplemented light.

Removal Of The Dent

Finally, the skilled personnel will pinpoint the dent in your car. The technician uses special equipment to massage the car’s body from behind the highlighted dent. Similarly, tools are used on the exterior area of your car’s body to restore its original form. Technicians also apply pressure for proper dent removal.

You can also remove car dents in the comfort of your home with simple DIY methods. Although their results are not as smooth as paintless car repair, these home-based solutions are inexpensive and bring good results.

One way of fixing car dents is suction. Using a vacuum cleaner, you can create your own suction device at home. You will need a pot, tape, and the main equipment, i.e., a vacuum cleaner. All you have to do is to create a little hole at the back of the pot. Next, place the pot on the site of the dent and position the vacuum cleaner’s hose over the pot’s hole. The dent will be removed when you turn on the cleaner. You are successful in repairing your car at home.

You’ll be amazed to learn that car dent repair may be so straightforward! One DIY method to get rid of larger car dents is using a plunger. This cost-free method requires the least effort. You need to follow the mentioned process:

Another method for fixing car dents is using hot and cold air simultaneously. The principle of this method is the expansion of the dented area by hot air and its contraction by compressed cold air. The result is the pop-out of your car dent on its own. Use a hair dryer to impart the hottest possible air, followed by compressed air.

Where the car dents are harmful to your car’s grace, they are the signs of poor maintenance. Paintless dent repair is so far the cheapest and most effective professional method for removing car dents. A dent-free car is always a luxury and an asset at the same time!

Why Should Your Next Car Be on Finance?

Which dings are write-offs and which ones aren’t