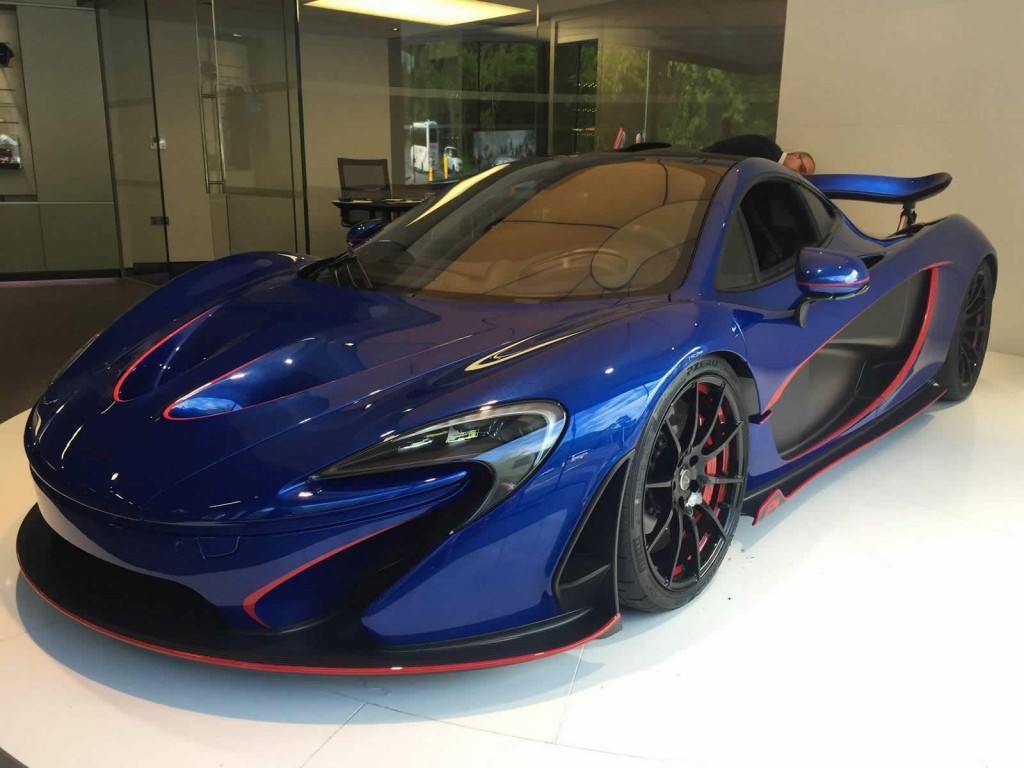 McLaren P1 has been on the market since its early debut at the 2013 Geneva Motor Show, and being built only in 375 units worldwide, it has managed to impress its fans with its extraordinary body language and impressive performance.

And this McLaren P1 appearing in the pictures is even more impressive, as it has received the “gentle” touch of the guys from the McLaren Special Operations division, being the first one the be unveiled with unique body features and some slight upgrades inside the cabin.

Surely, we might have been expected this model to be addressed to a wealthy and famous person, which in this case, is David Kyte, the founder of the Hamilton Court FX. First off, the model is coming with some red accents on the diffuser, hood air extractor, or the brake calipers. The entire body is coming with the blue glossy finish, complemented by the black glossy wheels.

Inside, the cabin of this McLaren P1 by MSO has been also fitted with Alcantara on the seats, carbon fiber accents or the MSP lettering on the carbon fiber side sills. No upgrades have been carried out under the hood.

To be a reminder, the McLaren P1 was first introduced on the market a couple of years ago, being officially unveiled at the 2013 Geneva Motor Show and built in just 375 units worldwide. The hypercar is the successor of the long gone F1, taking on other powerful plug-in hybrids like the Porsche 918 Spyder or the Ferrari LaFerrari.

Under the hood, the McLaren P1 is taking its power from a conventional 3.8-liter twin turbo V8 unit, which develops 727 horsepower and 719 Nm of torque, backed by an electric motor which produces an additional 176 horsepower and 260 Nm of torque. With an overall 903 horsepower and 978 Nm of torque, the hypercar is capable of sprinting from 0 to 100 km/h in just 2.8 seconds, at a top speed of 350 km/h.