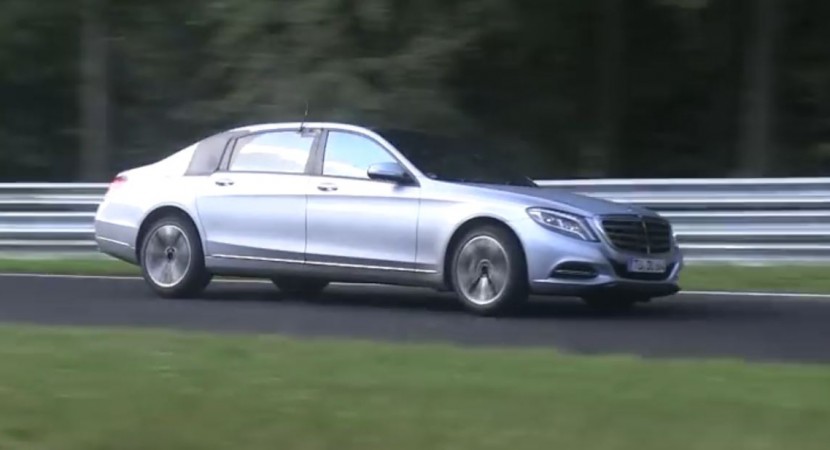 The new S-Class Maybach, signed by the Mercedes-Benz German based luxury automaker has been caught on a new video, while undergoing some final tests at Nurburgring, before being launched on the market.

The Mercedes-Benz S-Class Maybach has been seen again, this time running some laps at Nurburgring, which is a clear indication that the limousine is coming soon enough.

We are talking about a new generation of the S-Class segment, heavily modified in terms of body style, meaning a long wheelbase and other interesting features both at the exterior, as well as inside.

As seen in previous shots, the new Mercedes-Benz S-Class Maybach will come with a third row of windows as well as longer rear doors.

The rear occupants will thus have an increase space inside, with the model to stand at an overall 3,665 mm wheelbase and a total length of 5,600 mm.

The Mercedes-Benz S-Class Maybach will be coming in the S600 and in the S65 AMG versions, with an expanded line-up later next year.

This is all we know so far, but we should find out more details in November, when the luxurious model will be launched at the 2014 Guangzhou Motor Show, China.