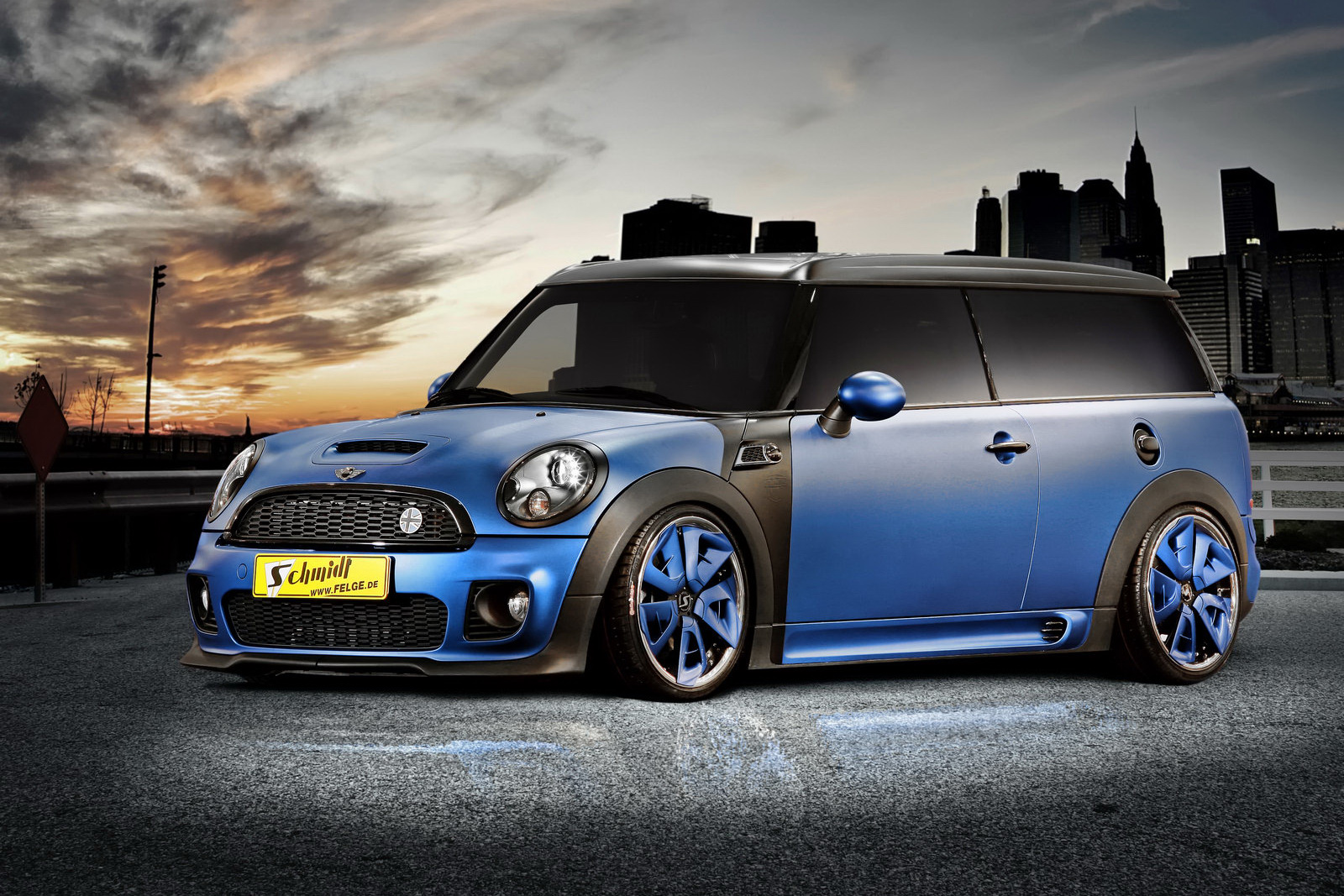 When BMW first bought the Mini brand they made some mistakes in regards to some of its products.

One of which, the Mini Clubman, saw a change in directions and became an estate version of the Cooper. This took away a lot of the glamor and street credibility of the Mini.

Happily, tuners have no mercy. This is why the Germans at Schmidt Revolution turned the pension plan Mini Clubman Estate into the sort of car 17 year olds drive or want.

They admit that for now this is no more than a concept but calling an estate model the Streetworker means some serious man hours have been put into it.

The body has been repainted and color coordinated in a way only people who live and breath neon lighting would understand. Then there’s the underpinnings. The engine now produces 200 horsepower and 250 NM of peak torque.

The new Streetec air suspension kit is new and enables dropping the ride height to a point where cockroaches are squashed by the underbelly or raising by up to 30 mm more than in stock form.

Oh and have I mentioned the wheels? The Mini Clubman Cooper S Streetworker edition rides on 18’s that look to have been designed by a World War 2 fighter enthusiast.