Mitsubishi Eclipse rumored to be coming back 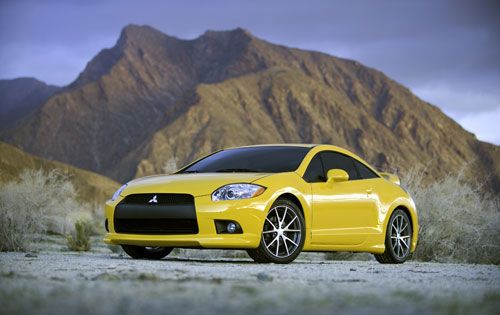 After a few years of quieting down, it seemed like fate finally caught up with the Mitsubishi Eclipse and it went out of production, but the story goes on.

Probably because of frantic customer complaints, requests or orders, there’s a pretty serious, more and more popular rumor that Mitsubishi plans on bringing it back.

Nothing of what the Japanese plan to do exactly with the return of the Eclipse is available and there’s also no idea of what it’ll look like or be capable of doing.

All we’re told is that even though Mitsubishi’s Eclipse was killed off, it wasn’t because it was bad. After all, the diamond star coupe did manage to last for quite a while.

As a quick reminder, the Mitsubishi Eclipse was dumped from the market just last year whereas competitors the likes of the Honda Prelude and such have been unavailable for plenty of years before that.

Building off those blocks, and those of manufacturers making shy returns to the market of small engine coupes is what is pushing Mitsubishi back in the game.

On top of these plus points, Mitsubishi considers the Eclipse will actually do well so why not. It seems that from time to time, even the most boring of manufacturers have something pleasurable to offer.