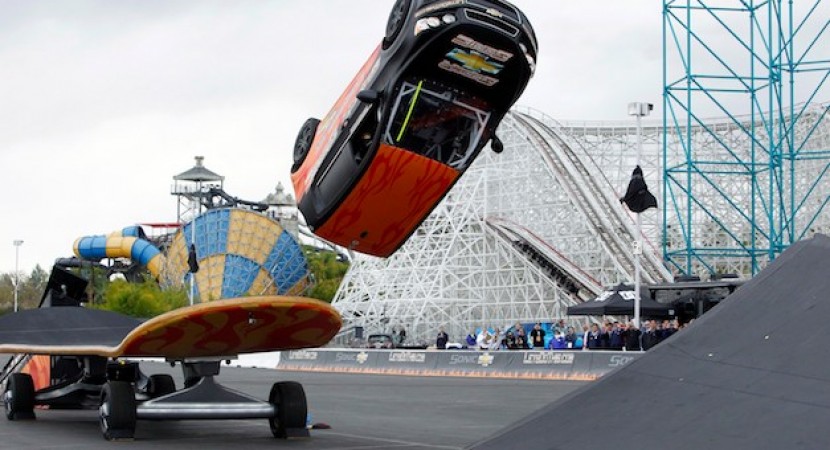 We’ve just talked about the new Chevrolet Sonic RS, a high-performance version of the standard American model. The Sonic RS will enter the market only later next year with its debut set for the Detroit Motor Show in January. 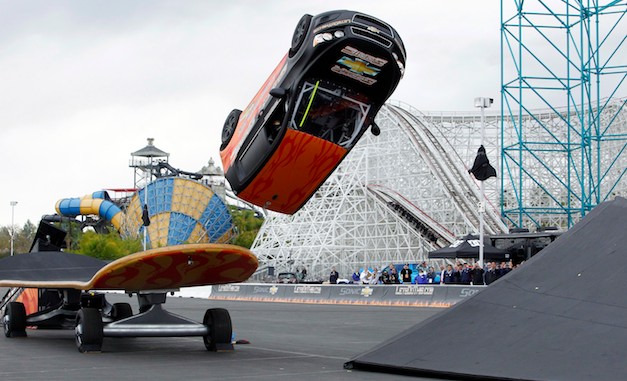 An important thing to know is that Rob Dyrdek, the well-known skateboarder which did this impressive stunt used the stock Chevy Sonic with the same 1.8-liter engine offering 135 horsepower.

The skateboarder is known for its crazy stunts but this time, he wanted to try a kickflip with something bigger. Of course, he succeeded this maneuver making a perfect 360-degree rotation.

“A kick flip with a Chevy Sonic was a no-brainer. I am a Chevy guy from my ’69 Camaro to the Tahoe I drive every day. The Sonic’s power and sportiness made it the perfect vehicle for this awesome stunt,” said Rob Dyrdek.

Obviously, the Chevrolet Sonic used for this stunt received some modifications able to increase the safety such as a roll cage, bucket seats and new harnesses. You can watch the proof above.