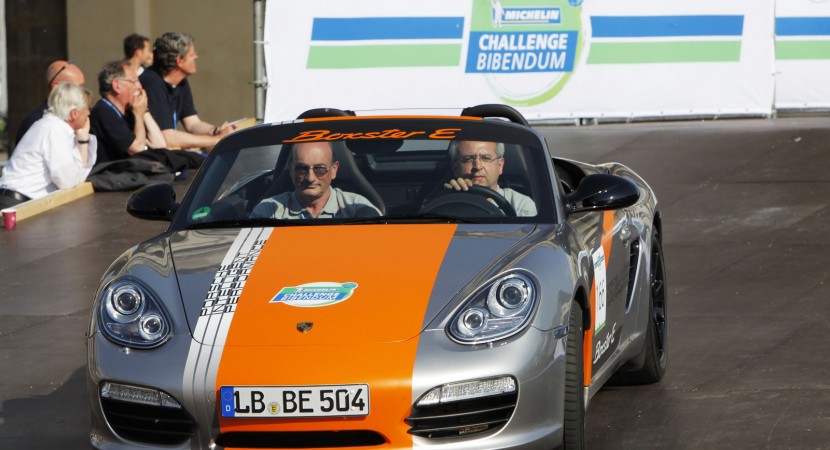 The Germans from Porsche are currently testing the practicality of full electric models, the final results representing, or not, the basis of developing zero-emission versions of the current models in range. Porsche decided to reveal three electric prototypes of the current Boxster, two of them benefiting from a rear-wheel drive system while the last is an all-wheel drive model. 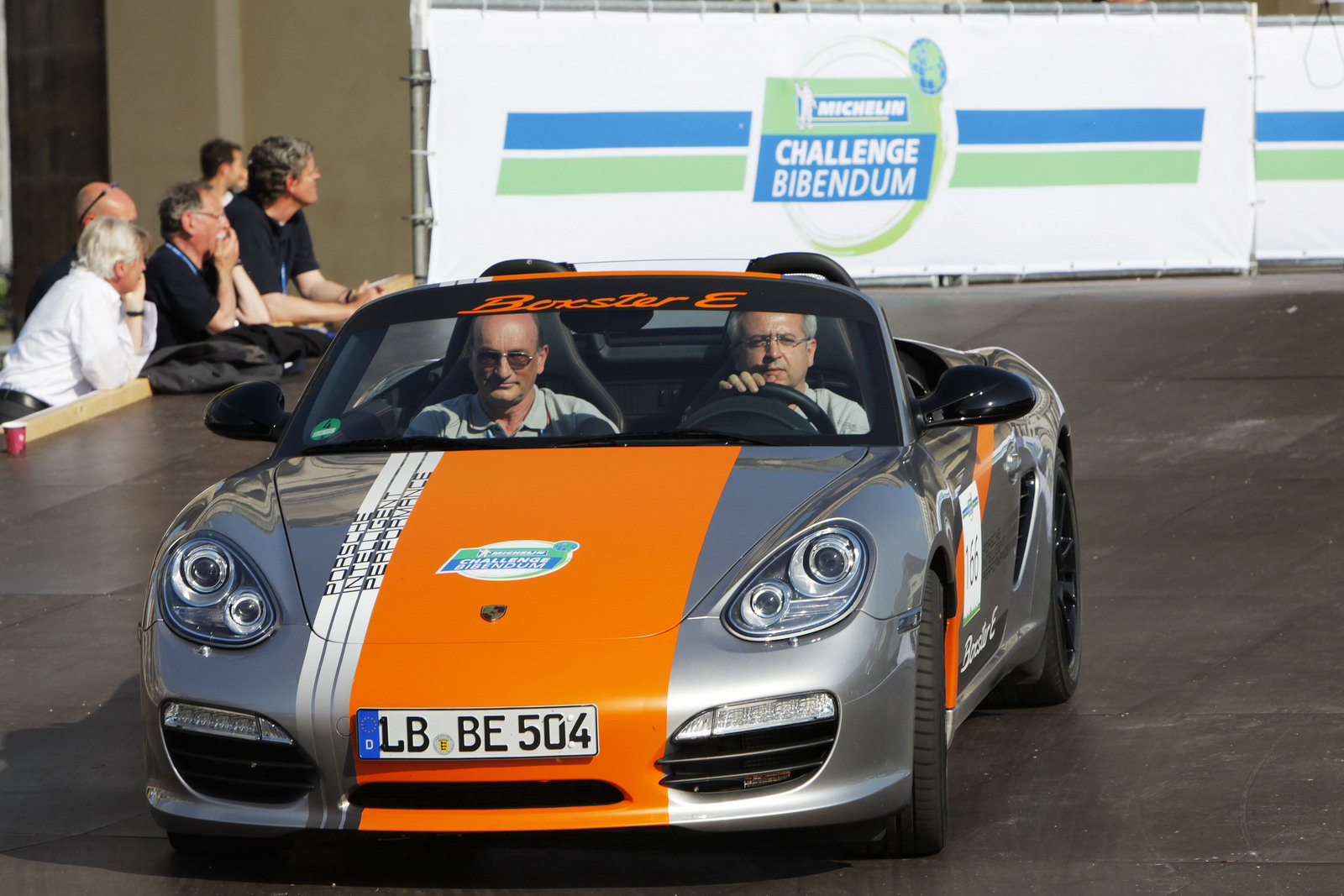 Called Boxster E, the new range of eco-friendly prototypes were revealed at the Michelin Challenge Bibendum, an event which took place last week in Berlin. The vehicles are part of the Model Region Electro-Mobility Stuttgart, a project which tries to find if fully electric models are a sustainable alternative these days.

The first details on the Porsche Boxster E surfaced earlier this year but only now we got some more interesting details on the zero-emission Boxster prototype. All the prototypes are fitted with a 29 kWh lithium-iron-phosphate battery that needs around 9 hours for a completely charge. The battery weighs 341 kilograms and is able to offer a decent driving range of 107 kilometers. Another interesting feature is the Active Sound Design system which warns the pedestrians in certain situations, the low noise produced by the electric motors being a danger for passersby. 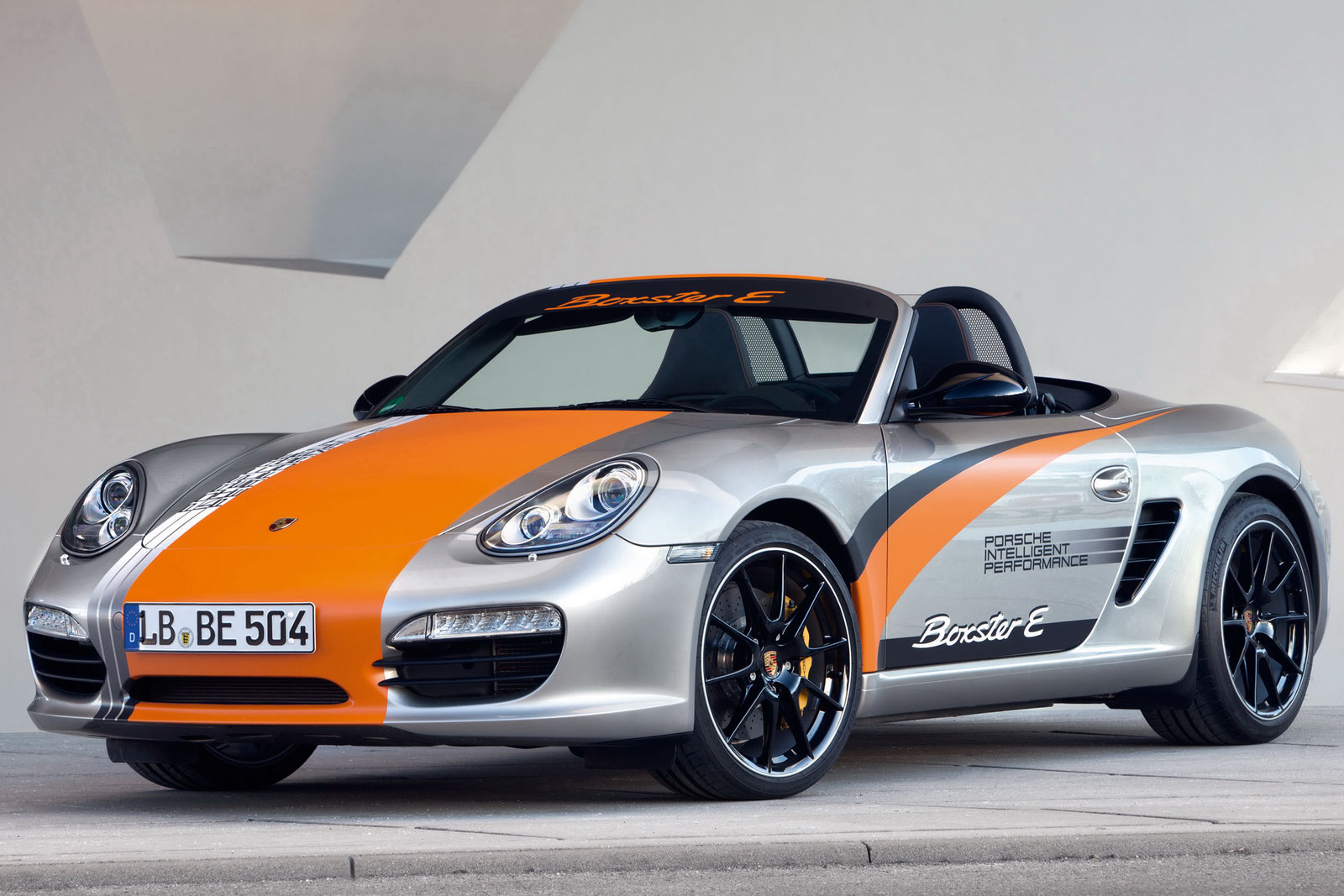 Under the hood, Porsche fitted two electric motors able to provide a total of 241 horsepower and 540 Nm of torque. This setup is specially designed for the all-wheel drive model, each engine being placed on one of the two axles. With this been said, the all-wheel drive Boxster E is able to accelerate from 0 to 100 km/h n only 5,5 seconds while the top speed is limited at 200 km/h.

The Stuttgart-based manufacturer also released details on the rear-wheel drive prototypes which suffered few changes under the bonnet. More exactly, the electric motors are both placed in the rear and are able to deliver a total output of 121 horsepower and 270 Nm of torque. This is considerably less than the all-wheel drive vehicle, therefore, the acceleration from 0 to 100 km/h is achieved in 9,8 seconds while the top speed spins around 150 km/h. 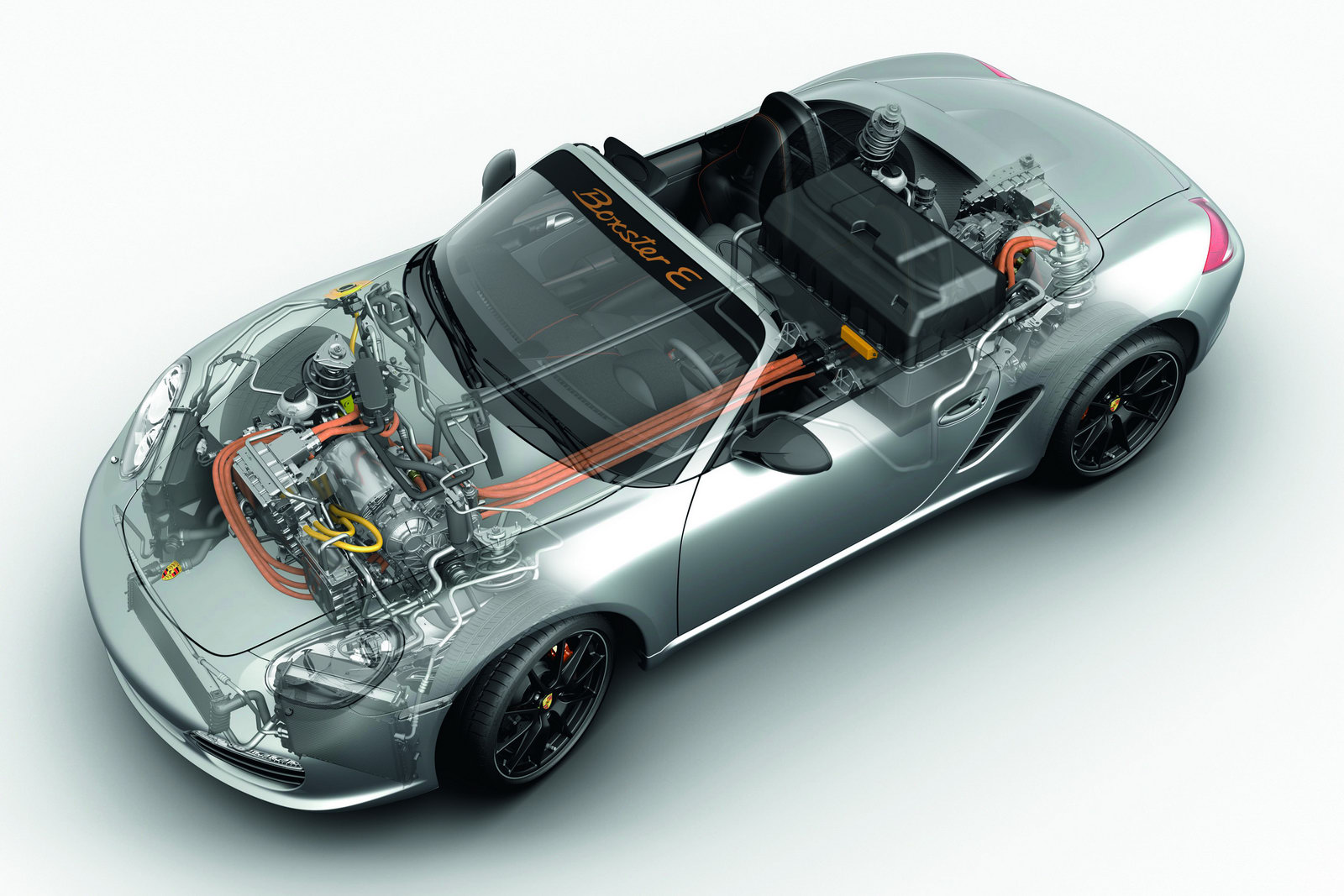 Porsche Boxster E weighs around 1,600 kilograms due to its lightweight structure but also to the weight-optimized battery which in most of the cases, has a bad influence on the total mass due to its weight and dimensions. More details can be found in the official press release while driving footage is available below.