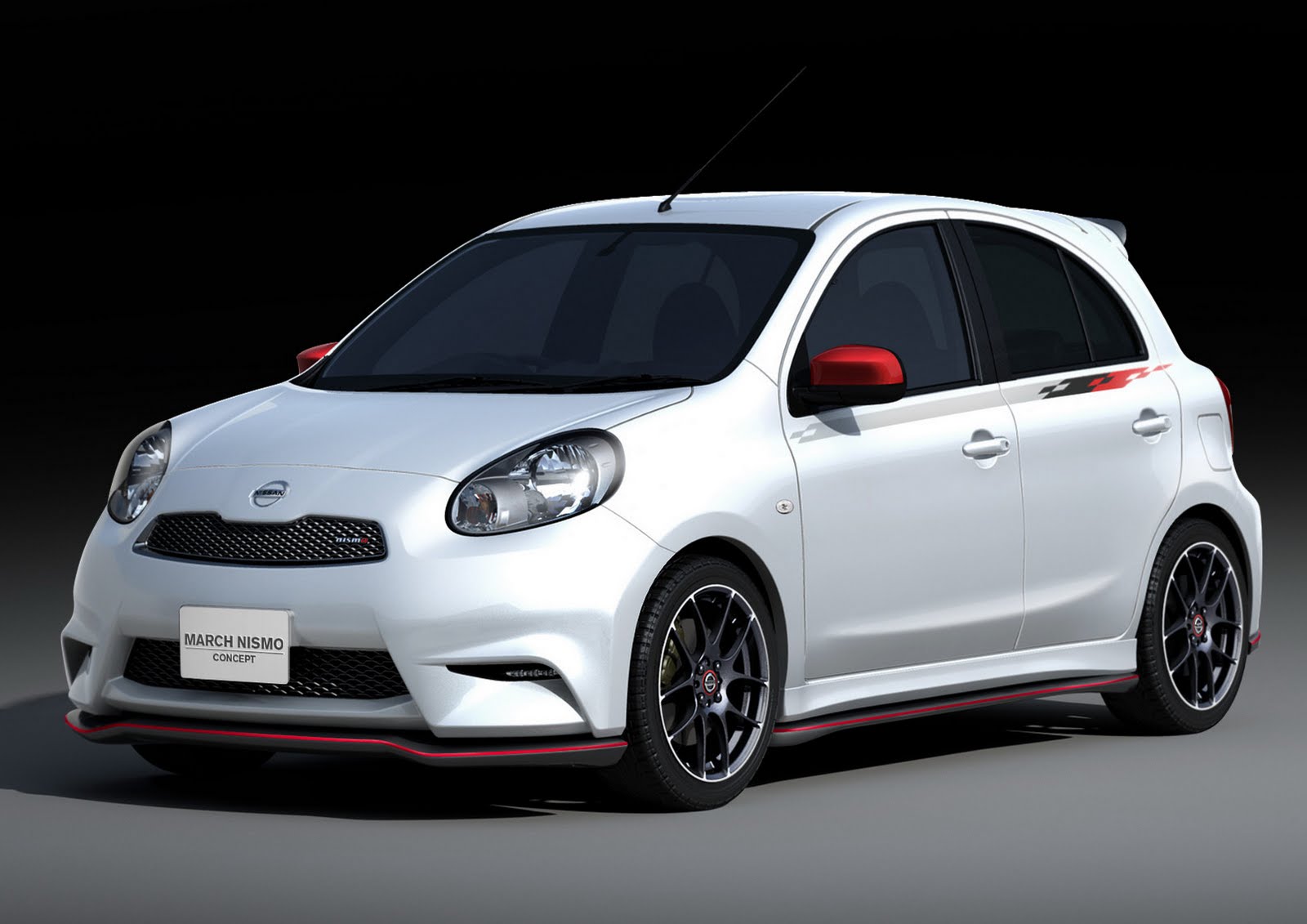 Nismo prepared yet another tuning kit for a Nissan model, this time they picked the new generation Micra, a model known as March in the home market. The new Nissan Micra along the concept model prepared by Nismo will be revealed at the 2012 Tokyo Auto Salon which takes place in the January 13 to 15 period.

The Japanese tuners provides no power upgrades but there are still some performance tweaks such as a new exhaust system and a sports suspension able to lower the ground clearance.

In terms of appearance, the exterior gets new front and rear bumpers, revised side skirts, a roof spoiler, new side mirrors and a revised front grille. The exterior gets a pearl white finish with few red accents such as the mirrors’ housings, front lip and side skirts.

Besides the visible exterior improvements, Nismo says that the interior gets a treatment too with new sports steering wheel and seats. Expect a complete gallery of live photos and more details about the new Nissan Micra Concept in the coming days.