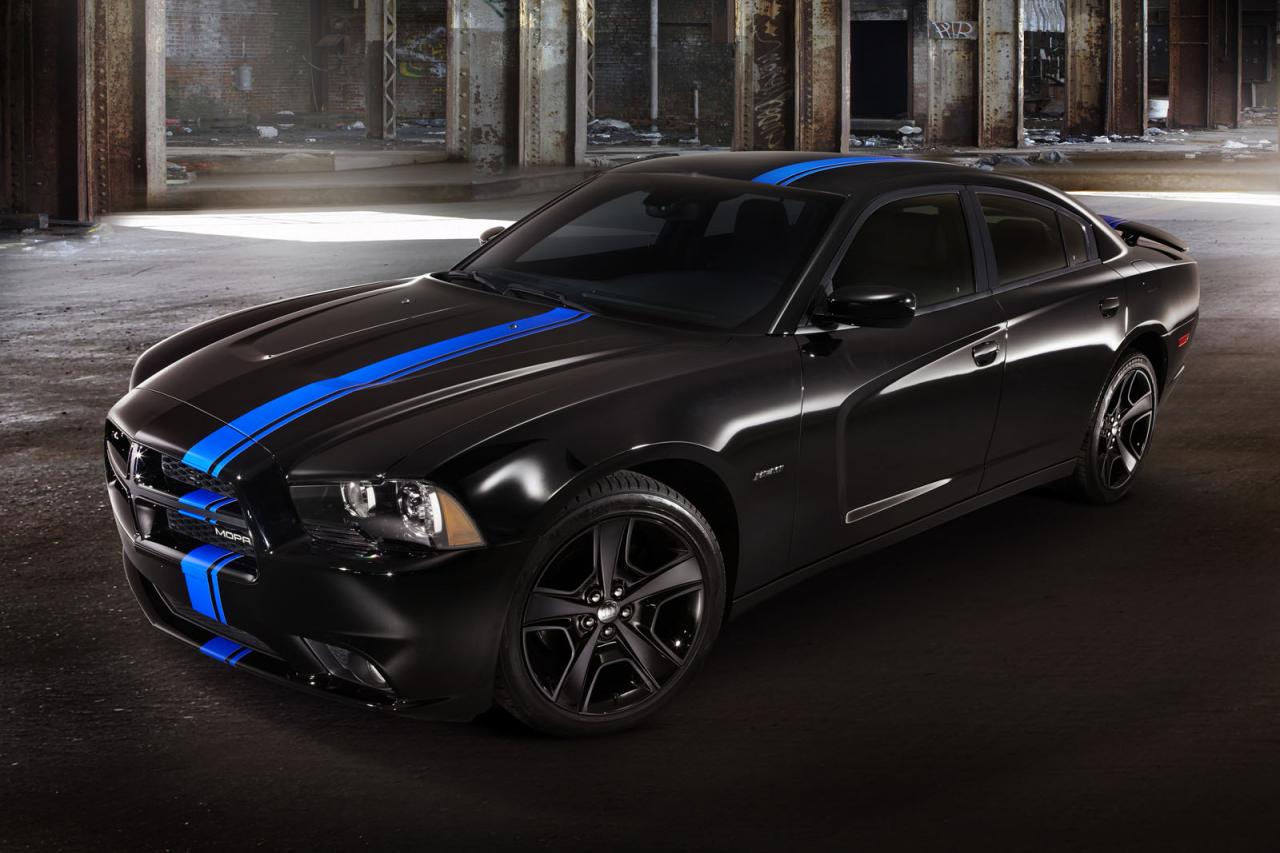 With a price starting from $39,750 and with just 1000 units to be manufactured, the Dodge Charger Mopar edition gets revealed in a set of official photos right ahead of the New York Auto Show where the American model will meet the audience in world premiere.

Under the bonnet, the Charger Mopar benefits from a 5.7-liter HEMI engine able to deliver 370 horsepower and 535 Nm of torque. Thanks to the V8 unit, the American model accelerates from 0 to 100 km/h in less than five seconds. Good to know is that the HEMI engine comes together with a five-speed automatic transmission while other features include a new braking system and other minor improvements.

Talking about the appearance, Dodge decided to use the Pitch Black paint for the exterior alongside a blue stripe that crosses all over the car from the front bumper to the rear one. Completing the styling package comes a set of five-spoke 20-inch alloy wheels and smoked windows.

Entering the cabin we find aluminum trim, a new grip shifter, custom Mopar mats, revised seats with Katzkin leather and aluminum pedals. Each model gets its own numbered plaque in order to certify the uniqueness.

Alfa Romeo’s U.S. return to be helped along by the 4C GTA