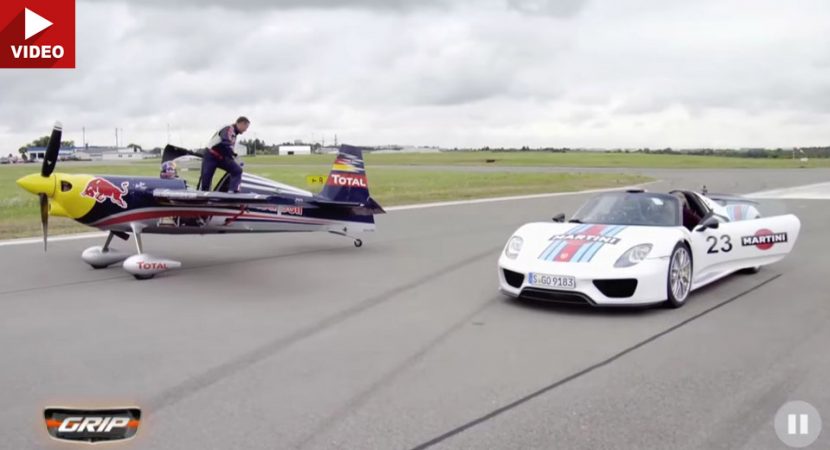 A few have dared to challenge the almighty Porsche 918 Spyder, that absolute and perfect hypercar that still holds the lap record at the Ring and doing just fine on other tracks as well, especially on the Sachsering Moto GP track.

The German hybrid car is powerful and fast that Matthias Malmedie, test driver at German motoring TV show “Grip – Das Motormagazin” , has recently tried to outrun a racing aircraft behind the steering wheel of the 918 Spyder.

There aren’t many things to say, as the video below says it all, except for the fact that the model comes with an impressive hybrid drivetrain, capable of outputting 887 horsepower and a whopping 1,280 Nm of torque, sending the power to the wheels via a high-performance seven-speed automatic gearbox.

And as a proven fact, we already know that a high-performance gearbox can make a supercar extremely fast, and the 918 Spyder is the living proof. It runs the whole straight line from 0 to 100 km/h in just 2.9 seconds, at a topping of 300 km/h.

But you would surely bet your money on the Zivko Edge 540 V3 aircraft, but we shouldn’t judge that until we have seen the video below. But, just for fun, if you`re watching the video with your friends and want to place your bets for some pocket money, then make sure you know both contenders in-and-out! I for instance, I would definitely go for the 918 Spyder, just for fun and from a subjective point of view! Enjoy the ride!