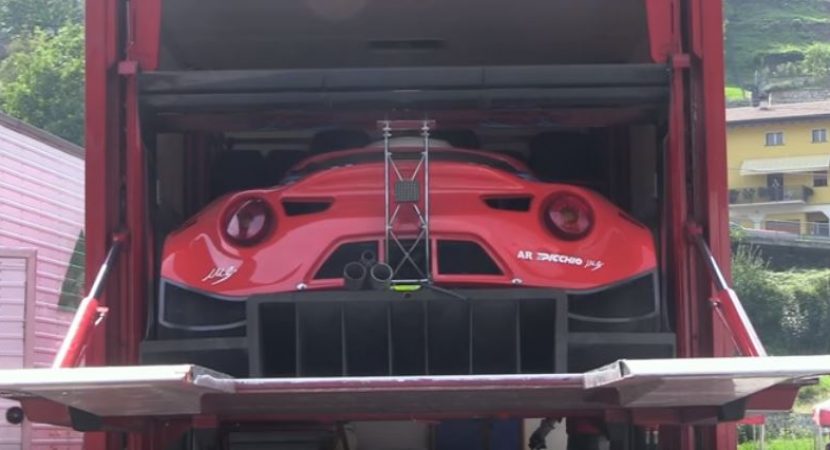 In case you have never seen the Alfa Romeo 4C in its most outrageous body styling and sheer power, then have a look at the video below! It might give the car a bad name, but is in fact a genuine sports car built by a well-known hillclimb racer.

This is the work of Marco Gramenzi, an Italian hillclimb champion used to winning a lot of racing behind the wheels of an extremely powerful Alfa Romeo 155 Ti DTM racer, and decided to take his chances in building up a custom 4C to be used in future racing events.

The video below is showcasing Gramenzi driving the Alfa Romeo 4C in what appears to be new tests before its final launch. Unfortunately, there aren’t much to be said about the car`s specs and mods, but judging by the video below, the racer is built from carbon fiber, the same one used on the stock 4C.

Even so, there is still much work undergoing around the body, since it is visibly altered by the numerous changes that would eventually improve its final aerodynamics.

For now, all we can depict are the slight add-ons at the rear wing or diffuser, which have to be perfect for hillclimb races, so it is absolutely imperative that all parts are on their places.

Now, the most beautiful part is that this lad here is coming with a lot of power. We are dealing with the same 1750cc turbocharged flat-four engine, but with an impressive power increased of up to 600 horsepower. And if it weren’t for the big rear wheels, this modified 4C would have definitely flown high in the sky. Enjoy the video!