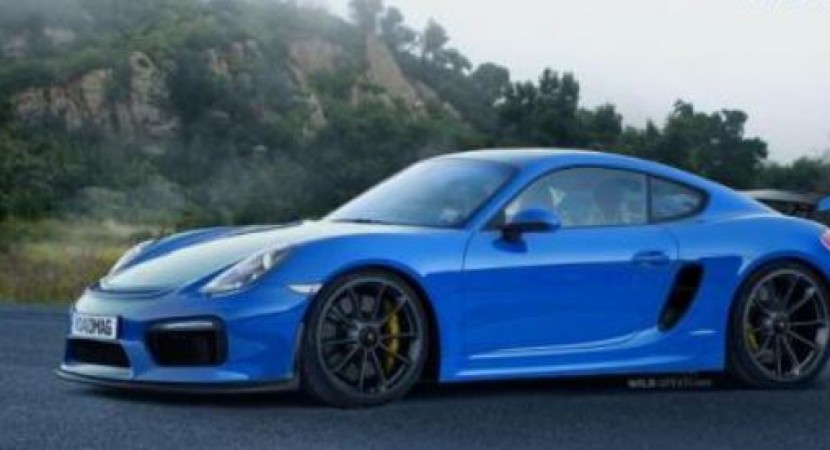 The forthcoming Porsche Cayman GT4 is on the spotlights again, after being launched online in a first rendering, which is a clear indication that the supercar is due in a couple of years.

The online rendering is an idea of how the Cayman GT4 would look like, after spy photographers from different worldwide publications have caught it on camera several times.

As already said before, the Porsche Cayman GT4 is that supercar that completes the company`s sportscar lineup, being situated somewhere between the standard Cayman model and the more powerful 911.

The Porsche Cayman GT4 is said to replace the GTS model in the future, being also rumored to sport a hybrid powertrain, taken its inspiration from the already famous 918 Spyder.

Porsche Cayman GT4 would come under the hood, with an upgraded 2.0-liter engine four-cylinder turbocharged, being backed by an electric motor.

Rumors also state that the Cayman GT4 might use a straight-six unit as well, apart from the 2.0-liter used on the 918 Spyder, but the company hasn’t yet confirmed this.

Apart from that, it seems that the Cayman would still have some strong personality of its own, as it would come with an updated body kit, modifications inside the cabin and much more.