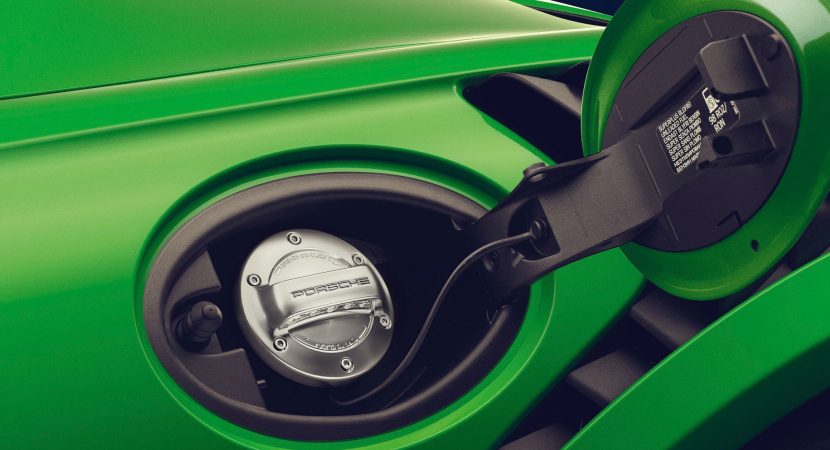 The debate against internal combustion engines has taken the limelight in the past couple of years, with governments like the U.K setting a phase-out date for gas and diesel-driven vehicles by 2030. Other governments are bound to follow sooner rather than later.

The end of the ICE is near and in times like these positive news is like music to the ears. Porsche has begun the development of a synthetic fuel that the company hopes will help in reducing the number of emissions from gasoline vehicles.

The German company’s Vice President of Motorsports and GT cars, Dr. Frank Walliser, said in an interview at the launch of the 911 GT3 that the company is in the process of finalizing eFuel. The Dr. believes that eFuel will gradually replace conventional fuel, and it will help in prolonging the life of ICEs for at least a few more decades.

Porsche hopes to reduce carbon production by 85% with their new eFuel, which will bring the emission levels on par with that of an EV.

“From a ‘well to wheel’ perspective – and you have to consider the well to wheel impact of all vehicles – this will be the same level of CO2 produced in the manufacture and use of an electric vehicle,” Dr. Walliser stated.

The driving force behind Porsche’s eFuel is the company’s roster of legendary classic cars. If the brand hopes to keep its legends alive, it has to try to introduce the revolutionary fuel as soon as possible. The trials will begin in 2022, and this will be a step in the future for the German marque.

Other companies are already working on synthetic fuel technology. First and foremost is Bosch, while an honorable mention is a Canadian company called Carbon Engineering. The latter has already introduced its synthetic fuel in the market. Pretty soon we won’t have to worry about finding the best motor oil but the best synthetic fuel.