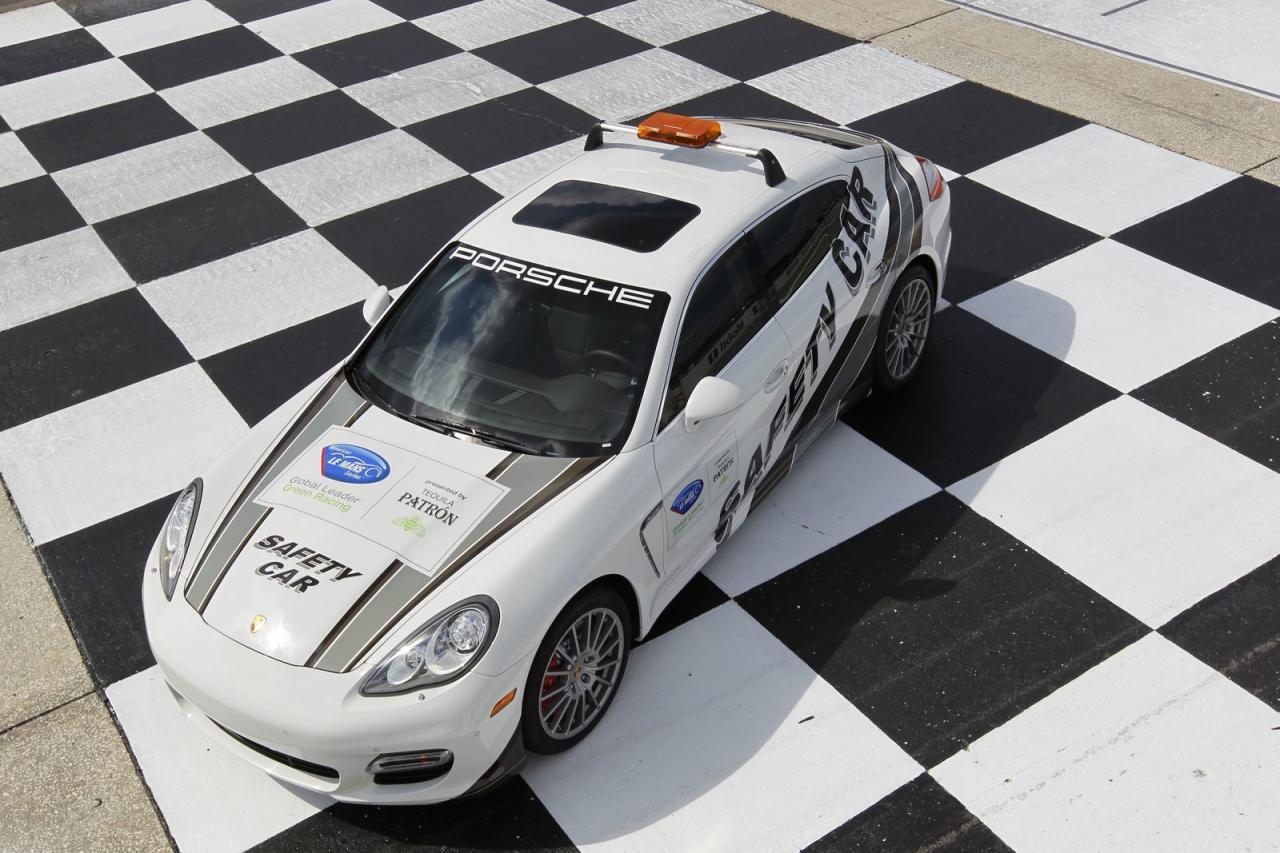 The Germans released the first details of the Panamera Turbo safety car through a very popular social network, Twitter more exactly, thus, the details are quite limited for now.

However, they mentioned that the revised version Panamera Turbo retains the same 4.8-liter turbocharged V8 able to develop 493 horsepower. Thus, the German supercar gets no additional power under the bonnet, just a special paint job and stickers at the exterior and most probably some minor tweaks inside.

Yesterday, another German manufacturer revealed their safety car version of the 1 Series M Coupe but this time the Bavarian model will deal with the MotoGP competition which starts today, on March 20, with the Losail race in Qatar.