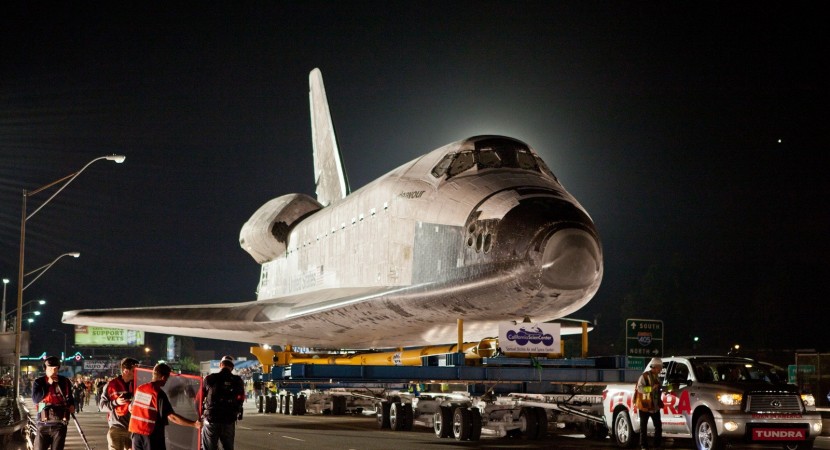 It sounded as far-fetched as you could imagine but Toyota came through and followed up on their promise to tow the Space Shuttle.

Certainly, it’s one of the landmark events in the life of our technology, even if one of sadness, when a shuttle is retired. 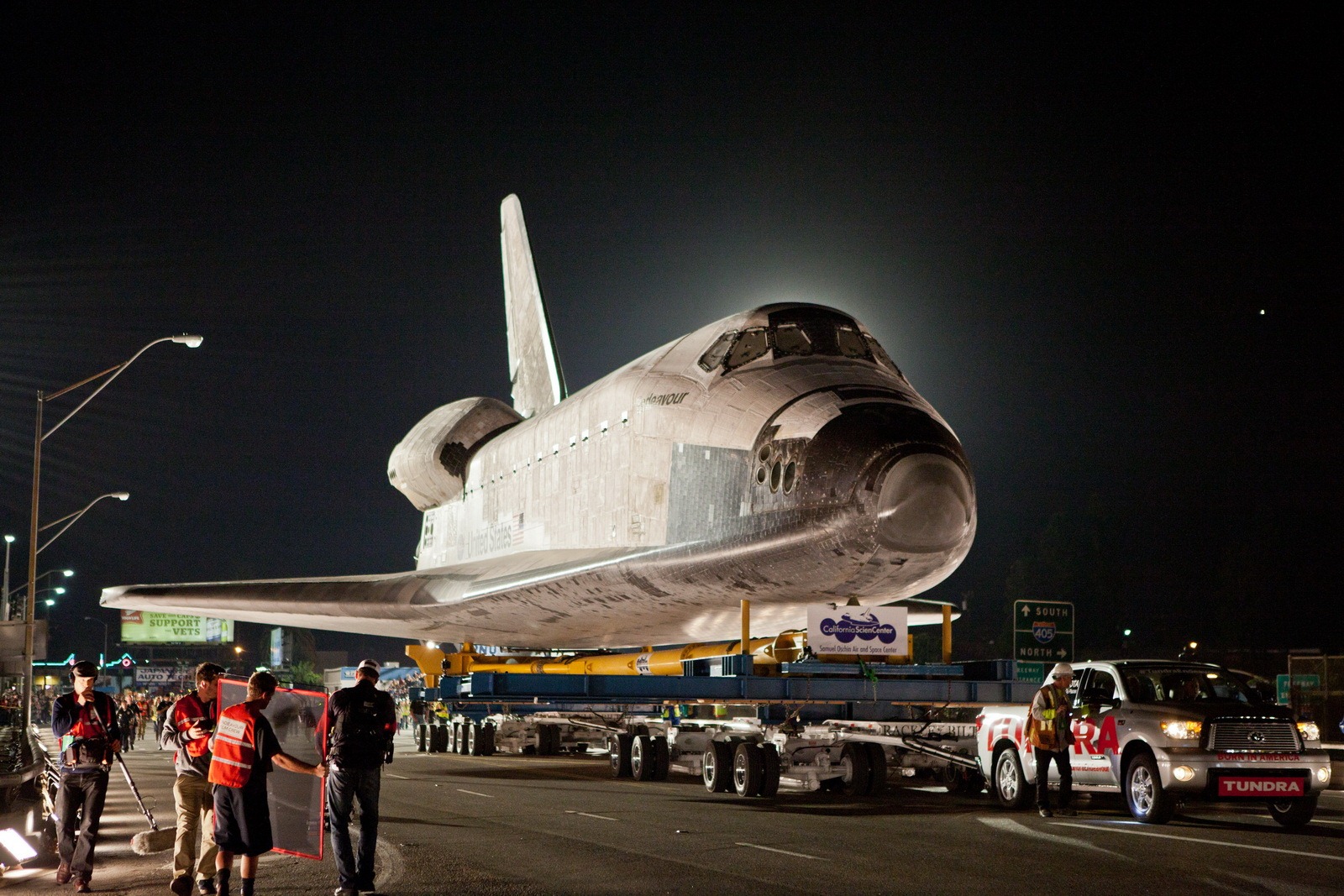 Having a Toyota pickup truck present at the event and lots of people cheering for it does make it feel somewhat less unpleasant.

While they did go through with it, Toyota didn’t overdo anything. The video is pretty short and the tow itself didn’t take too long.

It did come with a considerable warning about the way the event was handled and that owners shouldn’t attempt to overload their trucks or attempt such a tow.

The car used in the video is the four wheel drive version of the Tundra, one powered by the 5.7 liter V8 engine producing 381 horsepower.

Judging from the footage alone, the Tundra was carrying quite a bit of ballast in order to make sure the Endeavour wouldn’t make it spin all of the power away.

Behind the wheel of this truck there was nobody in a vest with a sweaty back. There wasn’t even any visible crack from the driver. 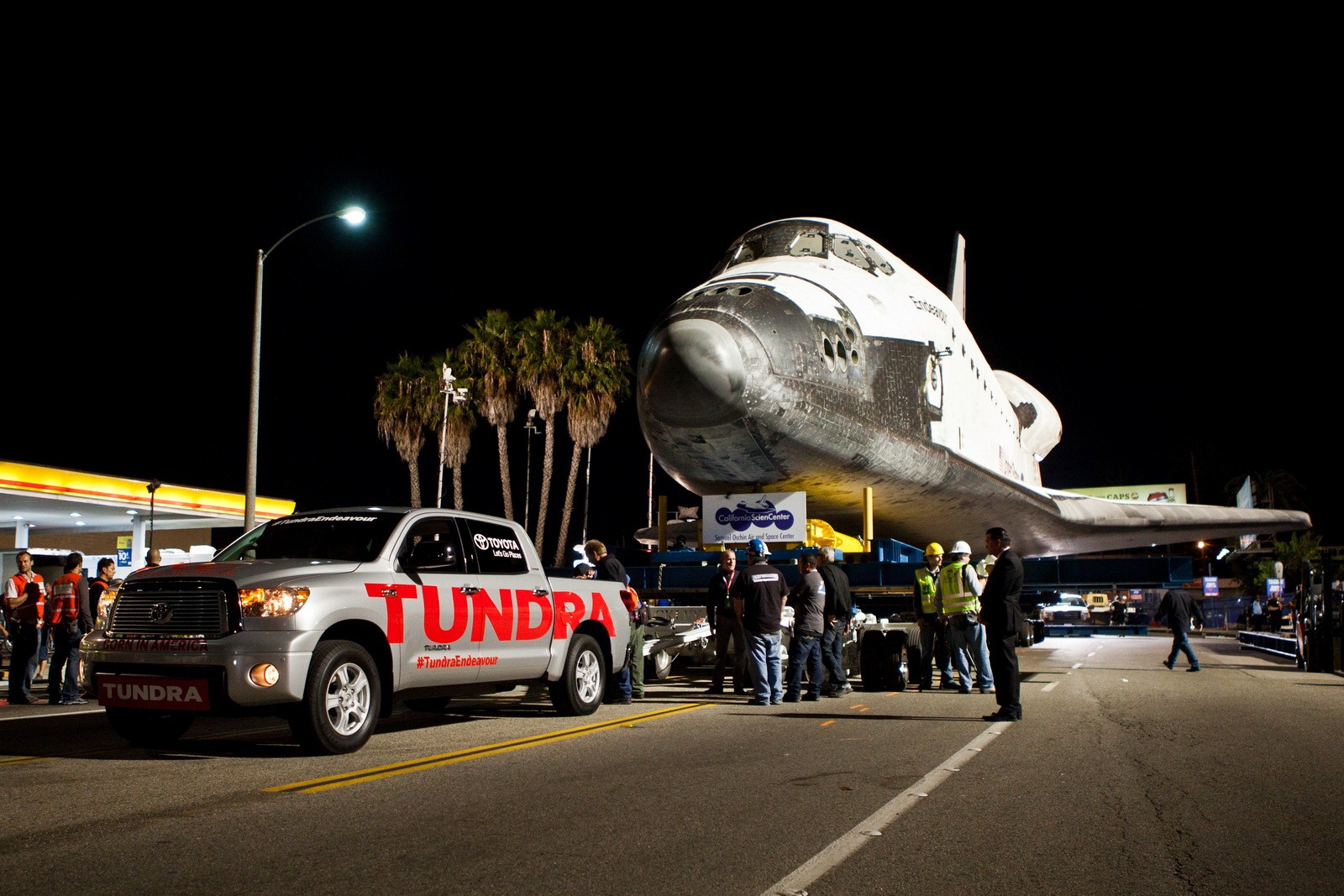 The tow saw the car steered (kept straight?) by professional driver Matt McBride and he even had an assistant from NASA.

He was joined by engineer and astronaut Garrett Reisman, a chap who actually rode the Endeavour up to the International Space Station.