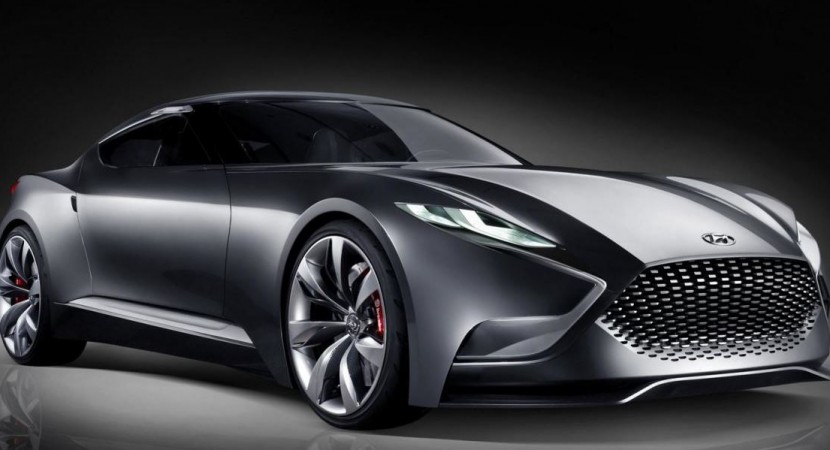 Rumors are stating that the upcoming Hyundai Genesis Coupe might bring a lot of important upgrades and body styling elements, taken from its sibling HND-9 Concept, as well as under the hood, where the supermodel might receive a 5.0-liter V8 engine.

Since the Hyundai Veloster might not survive a future generation, the Hyundai Genesis Coupe will rise and shine, receiving an upgrade under the hood, which would be the automaker`s Tau 5.0-liter V8 unit, now developing 420 horsepower on the current Genesis sedan.

If the Hyundai Genesis Coupe will receive the unit, than the model will be standing in front of its siblings which come with four-cylinder units and V6 units.

As already mentioned, the Hyundai Genesis Coupe will receive some changes at the body too, as it will tweak some styling updates, borrowed from the HND-9 Concept, unveiled at the 2013 Seoul Motor Show.

That means that the Genesis Coupe will receive the same butterfly doors with elongated hood, dual-exhaust system on both sides and a few more.

More details with the Genesis Coupe remain unknown for the moment, but expect fresh news in the upcoming months.