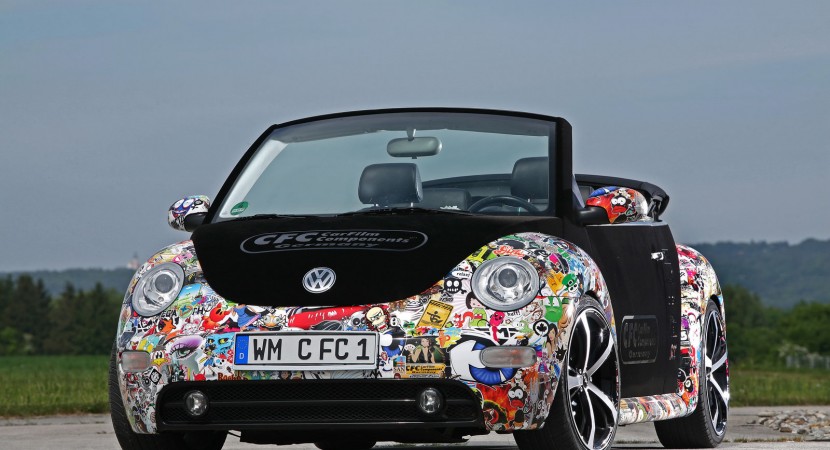 We know and we’ve knowing for a long time that the 2012 Volkswagen Beetle is along time in the making but you can’t help people who want you to turn your head for the previous model.

In order to achieve something like this, a Bavarian foil specialist Car Film Components mixed up two interesting tuning concepts into what can be a cult car. 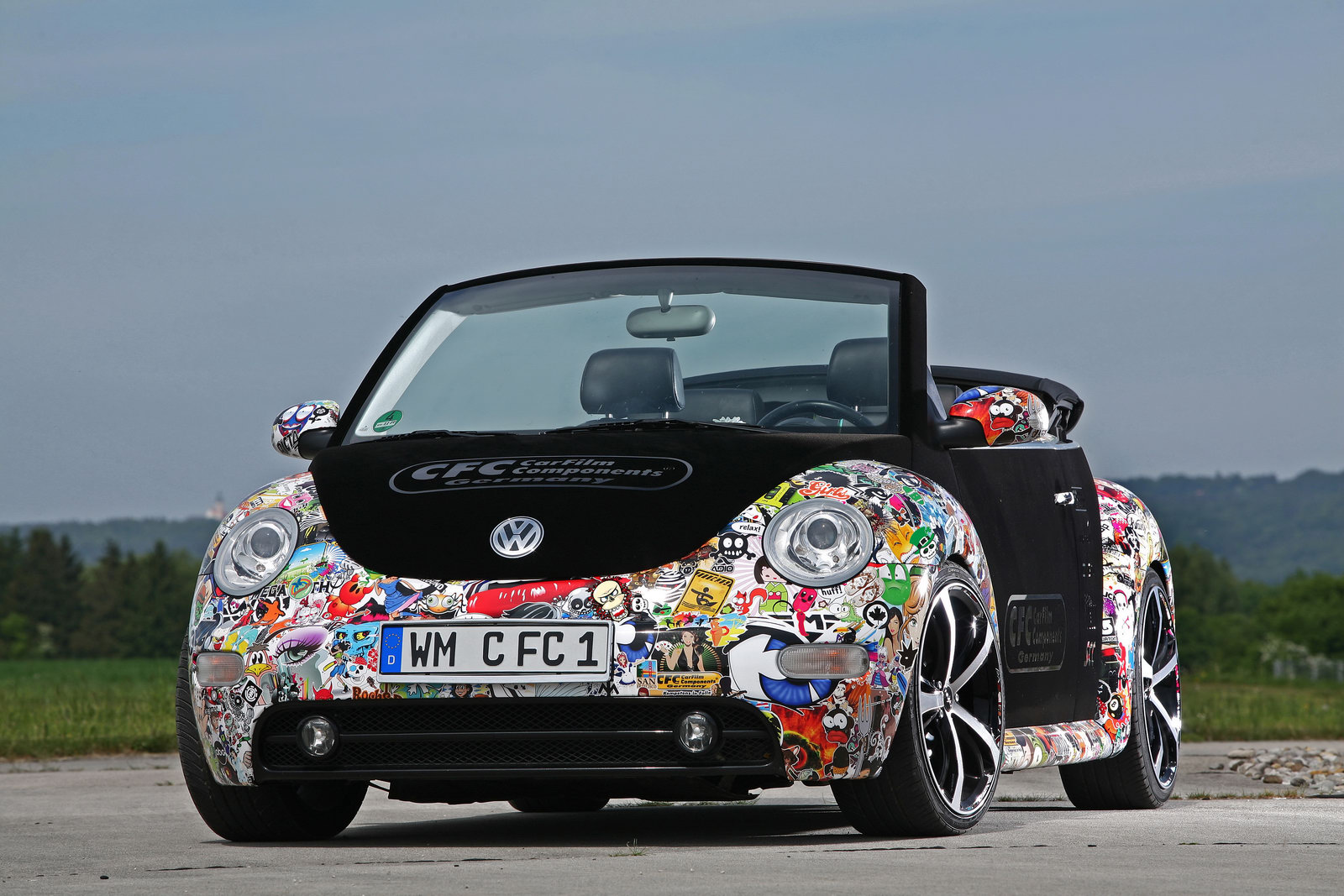 New wheels stuck onto a car with proper cruising credibility, the most precious thing available is the two tone paintjob that actually doesn’t use that much paint.

As a quick history lesson, the simplicity of the Beetle’s design was what made it very accessible and therefore also very popular with the hippie groups.

This was where the original Beetle got itself painted in a lot of psychedelic colors, a totally random set of paint brush smeared while not in a clear frame of mind. 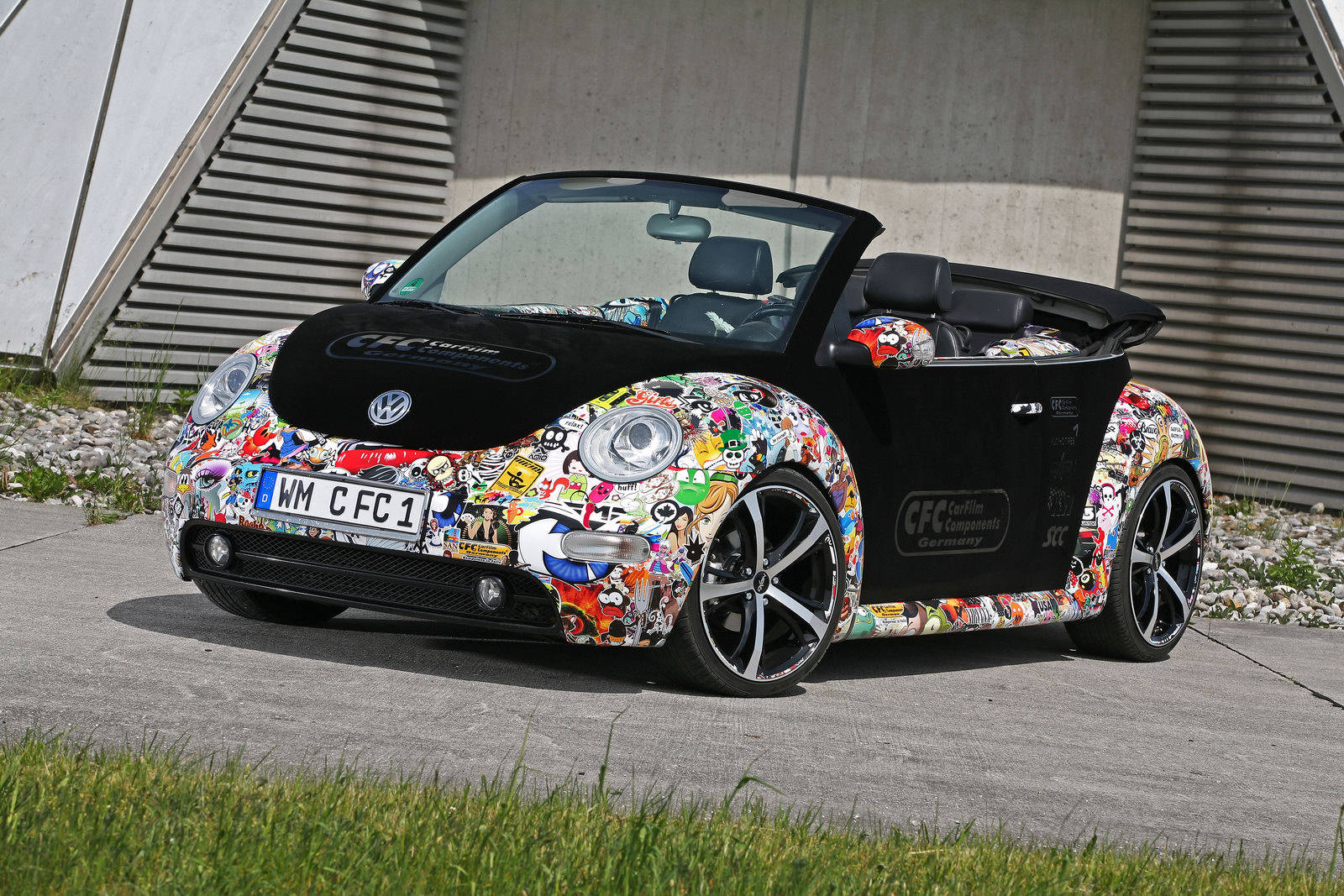 That original feel would be what CFC wants to recreate on their new vinyl wrap arrangement. Everything that gets glued on is restrictive only to the sideskirts, the front, rear fenders and pretty much everything that’s connected to them.

Despite the extremely nostalgic and artsy appearance the Car Film Components people decided to place everything on an all black “murdered” paint that would originally be fitting of a low profile appearance.

This is not the sort of thing that happened with the Volkswagen Beetle, convertible or not when hippies were using them to move from protest to protest. 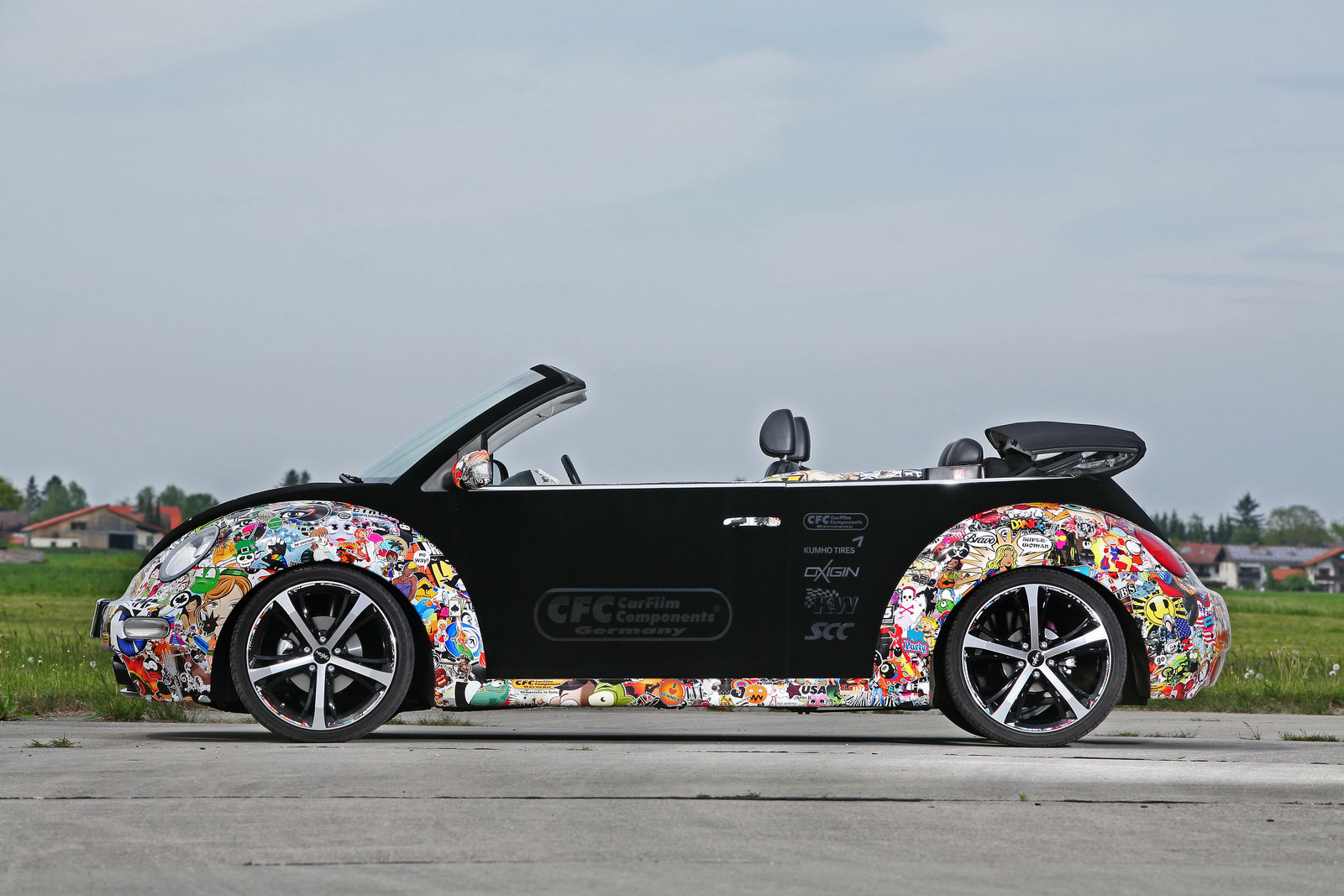 Ergo two concepts, the third would be the simple boulevard cruiser. The latter would be part of attracting the same attention the hippie protests begged for only different reasons.

Interesting reasons or not, the Volkswagen Beetle Convertible wrapped by CFC also gets a set of 19 inch alloy wheels with very little tire thread on them.

Those who warrant for more than just a pretty face aren’t going to get anything interesting out of the Bavarian tuner but technically there’s something of minor significance.

An optional added simply for the appearance of a low rider is the stainless steel coilover suspension from KW which comes along with 15 mm wheel spacers. 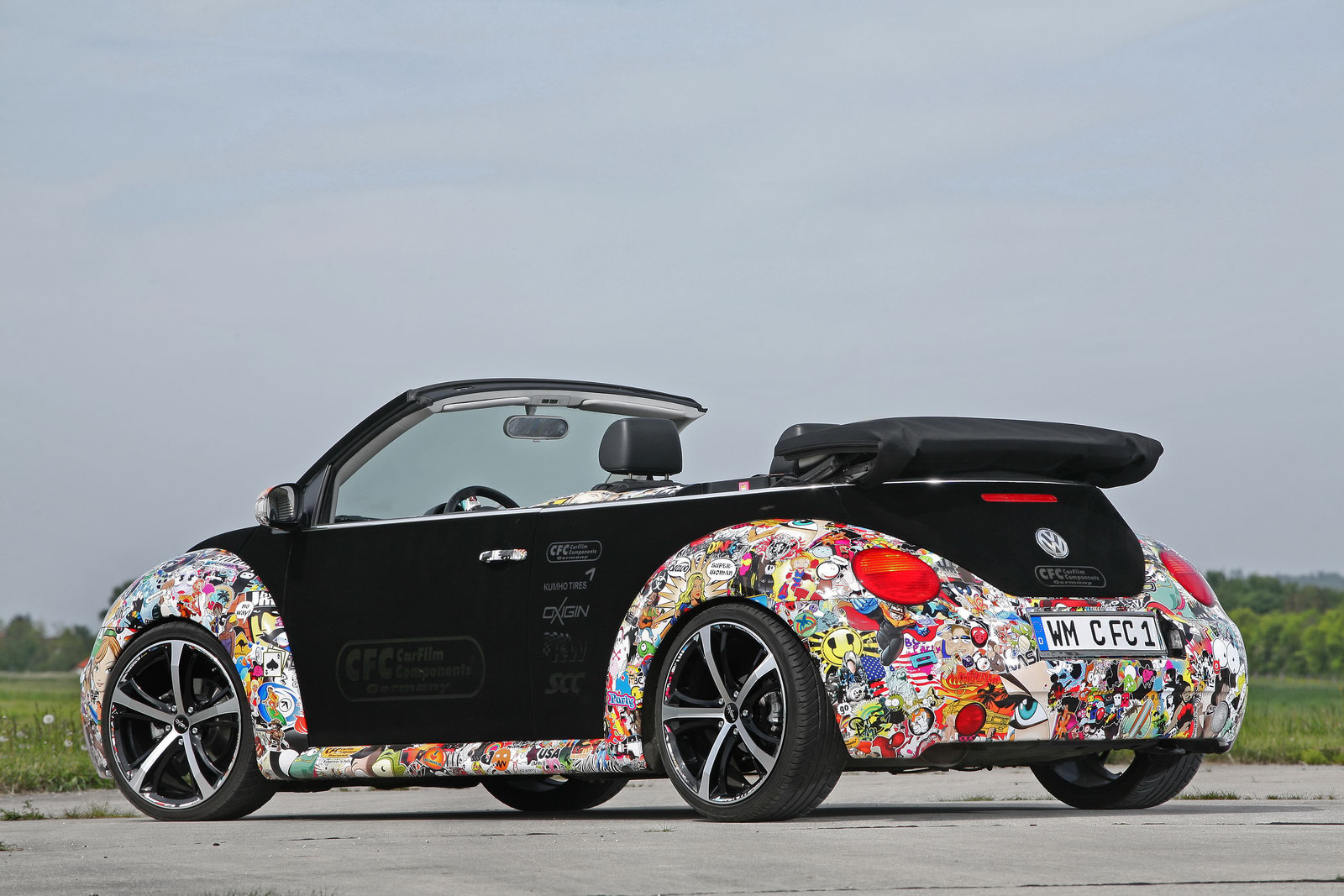 Pricing was released for the parts alone because it makes sense not to offer an entire car just for such scarce components being available for it.

According to CFC it’ll be $3.140 for the new wrap you’ll want on the Volkswagen Beetle, add to that some $1.311 for the KW coilover suspension that goes underneath it as well as another $484 to get the glitzy wheels.