Home
Other News
What Is More Expensive A Horse Or A Car? 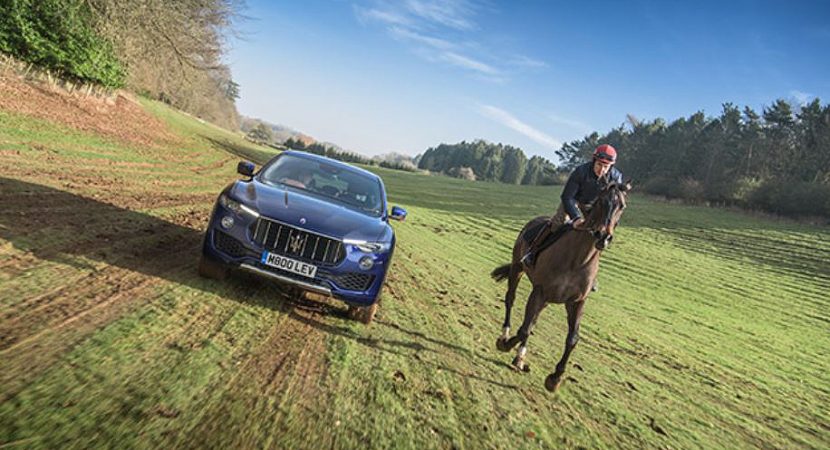 Throughout history, people have looked to investing their money, and two of the most popular ways to do that is cars and horses. Both have completely different purposes, but they are similar in the money that they cost.

However, that doesn’t stop those from taking the gamble as an investment, but it does beg the question of what is more expensive to run and maintain, a horse or a car?

Owning And Maintaining A Car

Both horses and cars can offer broad spectrums depending on what you’re looking to get out of the experience of owning either.

Some that are looking at investing their money in a car will look immediately at the higher end of the industry and look to get an elite manufacturer, while the vast majority will be happy with a car that fits within their budget and does the job that is required to get from A to B.

Figures show that the amount of money that is spent by those investing and maintaining a car depends on whether they have car insurance. Of course, insurance is an imperative part of owning a car, as it is illegal to use a car that doesn’t have insurance.

Figures have shown that owning and maintaining a car is the most expensive outgoing for millions around the world, which means that some are paying nearly the same amount on their car as they do on rent or mortgages.

The figures have revealed that the average person spends £5,744 on their car every year.

That could include insurance, maintenance costs and relevant finance agreements. It isn’t revealed, however, if this cost also includes the cost of petrol or diesel that is needed in the car to drive. Either way, it is a huge expenditure.

Owning And Maintaining A Horse

When it comes to buying a horse, the question that those buying must ask themselves is slightly different. It typically revolves around the question of what your aim for the horse is. Should you be looking to buy a horse to compete in horse racing, or are you buying one as a pet?

Racehorses, unsurprisingly, will cost more than pet horses, with the average price of a horse different depending on whether you’re buying a flat or jumps horse. Jumps horses are slightly cheaper at an average of £17,000, while flat horses will cost around £23,000 according to averages.

Due to the prize of buying a horse outright, that leads many to look for syndicates, which sees owners own a share of the horse. That is due to the cost of the horse, not covering training fees and vet bills.

Judging an average car ownership and racehorse wouldn’t be fair, as the price of owning a racehorse far exceeds the maintenance costs of owning a horse. However, owning a pet horse isn’t cheap. The price of an average horse is £1,000, while owners would also need to pay solicitor fees.

As well as that, vetting costs will need to bet taken into account, which could cost up to £250, while insurance can also be very pricey depending on the horse.

Owning a horse will also see buyers have to purchase tacks and equipment, as well as livery costs and field rents, which could take the yearly price of ownership from anywhere between £3,000 and £10,000.

Which Is More Expensive?

Both owning a horse and car are not cheap to run and own, but both have their benefits and negatives. However, at the end of the day, it really depends on what you’re looking to get from the purchase. If you’re looking at high-end car ownership, then it will cost more than owning a horse.

However, if you’re looking to own a horse that will be able to compete in the biggest race races of the year, then that will far exceed the price that you will pay for owning an average car.

What Is More Expensive A Horse Or A Car? If your horse ends up being one of the Kentucky Derby winners, your investment will definitely pay out. Click here to look at the list of winners of the Derby: TwinSpires.com/kentuckyderby/winners