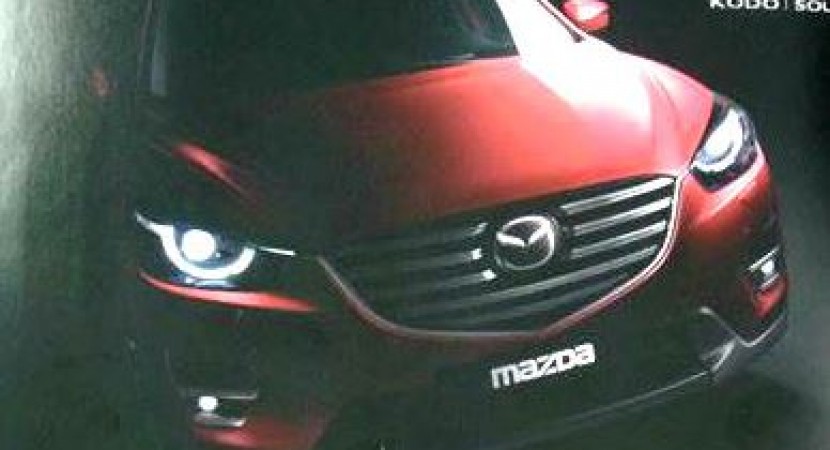 The Mazda Japanese carmaker is preparing the upcoming CX-5 for the 2014 Los Angeles Show next week, but doesn’t want to reveal the true identity of the model.

With all that, it seems that the 2015 Mazda CX-5 has been revealed in some leaked images, which might give us a closer look on the model. Unfortunately, the 2015 Mazda CX-5 will not come with major changes as it was expected, the model adding some slight changes at the body, like revised front grille with LED headlights, fog lights and LED taillights. Changes seem to avoid the powertrains as well, as the upcoming Mazda CX-5 will come with the same engines like the present model, in the shape of the 2.0-liter SKYACTIV-G four-cylinder, which develops a good 155 horsepower and 203 Nm of torque. The higher 2.5-liter SKYACTIV-G four-cylinder will be also fitted under the hood of the 2015 Mazda CX-5 model, the unit coming with 184 horses and 250 Nm of torque.