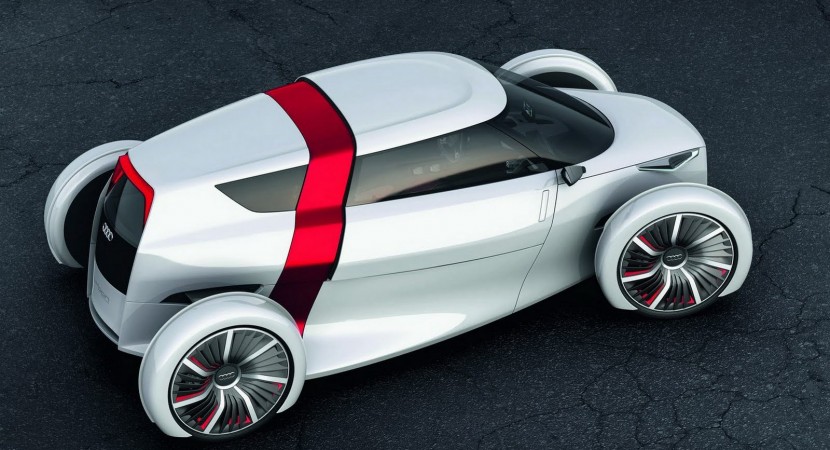 After the Germans at Audi kept us watching drawings and deprived of detail teaser images of their Audi Urban Sportback and Spyder Concepts, they’ve finally given us a full set of photos on both of them.

Granted, these images contain renderings of the two fuel sipping, city traffic beating Audi cars, but at least this time we can get a proper look at what the Ingolstadters are bringing to the show. That’ll be the 2011 Frankfurt Motor Show, of course, and by then, Audi will, hopefully, have a full set of technical specs and details to go along with the images and unveiling.

At this moment we only get within the lower limit of knowledge since Audi barely released some of the dimensions they reckon we should know about and the basic principles on which it works. Basic dimensions fall in at 3.2 m in length, 1.7 in width and just 1.2 meters of height. Despite this, the 1+1 layout two seater car is introduced with 21 inch alloy wheels.

We’ll let it go though, after all, this is a concept and when Audi finally gets round to putting something like this into production it will almost certainly lose that feature.

Apart from this stuff we know that both e-Tron Urban Concepts are powered by electric motors and use a lithium ion battery for a power source.