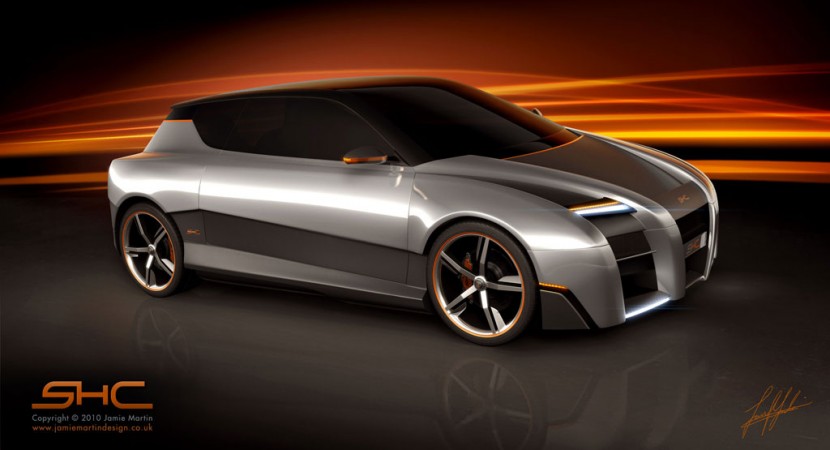 Here we are going to talk again about a really cool concept. I really love the hatchback cars and I also love the cool concept cars that are representing the future cars so this SHC Concept car designed by Jamie Martin is representing all the facts that I may like at a concept car.

As I wrote above, the designer of this SHC concept car is Jamie Martin which also released some specifications about a hybrid version of this SHC Concept car namely that it will be able to develop up to 272 horsepower and a maximum torque of 290 lb-ft.

The top speed of this SHC Concept car will be at 167 miles per hour and it will also be able to accelerate from 0 to 62 miles per hour in just 5.6 seconds. Also, Jamie Martin estimated a price for this cool SHC concept car which is 27,000 GBP.