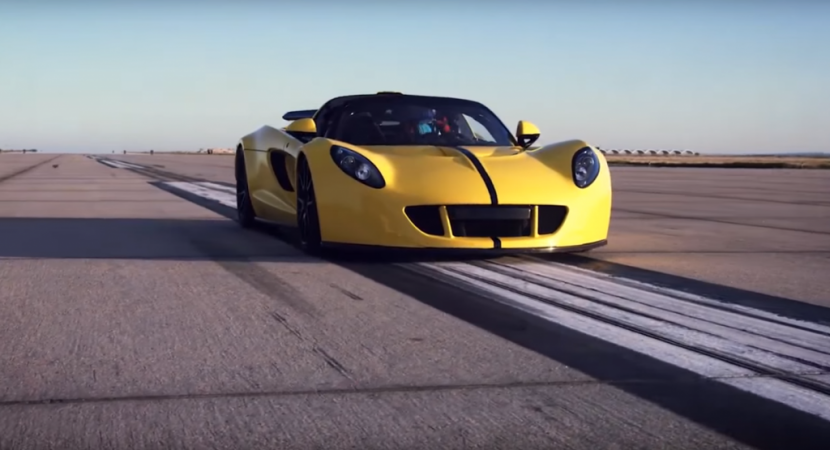 Bugatti Venom GT Spyder is one of the fastest supercars to set record after record on different race tracks. But what would you say about a custom built one with improved performance and driving capabilities?

Recently, the US-based Hennessy Performance tuner, well-known for its extreme power makeovers on different muscle cars, have brought their own Venom GT Spyder on the track to set a new world record.

We do not have the official confirmation nor the record figures, but the tuner has released a teaser video that previews the supercar`s run on the track.

The Hennessey Bugatti Venom GT Spyder is using an upgraded 7.0-liter V8 engine with E85 Flexfuel, and was world premiered last year at the SEMA Motor Show. It develops a massive 1,451 horsepower, with a sprint from 0 to 100 done in a whopping 2.4 seconds. The topping also stands at 280 km/h.

With all these figures in mind, the Hennessey Venom GT Spyder was able to break its own speed record of 270.4 mph, achieved back in 2014 at the Kennedy Space Center.

Until final details with the Hennessey Venom GT Spyder, please feel free to watch the teaser image below and don`t forget to share your impressions with us!