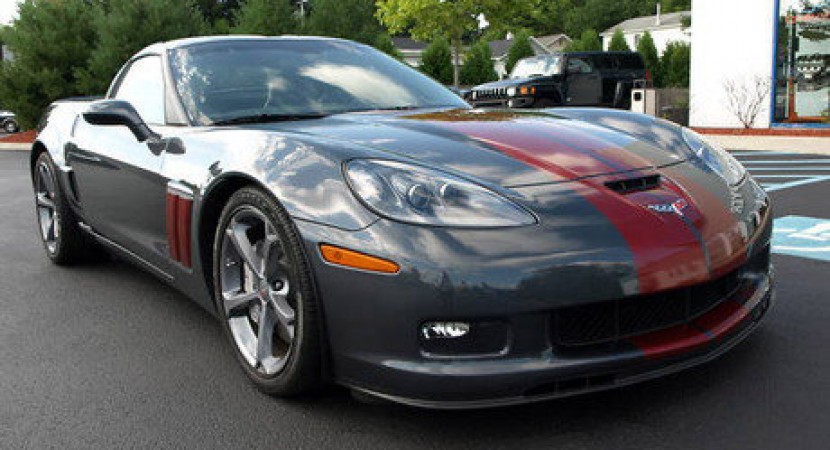 Redline Motorsports and DeNooyer Performance have joined hands in creating the Howard Tanner Redline – Grand Sport 640 hp Super Charged, or the Redline HTR-GS640/SC for short, the base model being a Chevrolet Corvette Grand Sport. And what a result it is! Before going to the modifications, let us say that the Corvette Grand Sport was ordered for future tuning with some additions of its own: it featured aluminium wheels, navigation system, a removable roof panel and a spoiler. The price tag was $64,000.

DeNooyer added custom stripes. Then the Corvette received some serious tuning, a new cam, Borla mufflers, an Edelbrock E-Force blower, MGW shifter and others, all adding to a maximum 640 hp (from the standard 436 hp).

The Howard Tanner Redline – Grand Sport 640 hp Super Charged has a price tag of $82,000 and you receive a three year (or 36,000 miles) warranty. Not to mention the serios looks and performance.

And when one would think that this is the equivalent of a Corvette ZR1, but without the large price tag, the Redline HTR-GS640/SC is a winner. So Corvette fans, you know who to call!