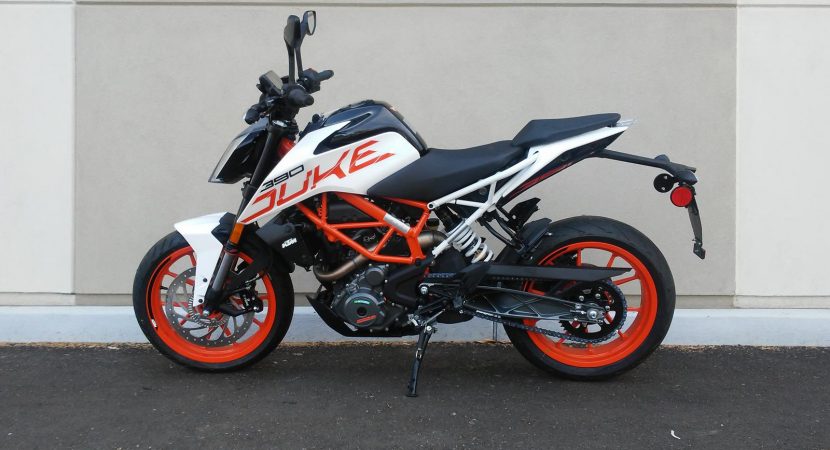 The KTM 390 is an Indian-designed standard bike that quickly gained popularity in its home market. It also expanded to North America and Europe where it has earned a reputation as a fun and capable commuter and street bike. Of course, you can get even more from your KTM 390 with a few cheap motorcycle aftermarket parts. Below are three of the best mods for a project KTM 390.

When it comes to project vehicles, the air filter is always a must-do modification. K&N is one of the best brands in the business for performance air filters. This item is a universal fit that will work on almost any bike including the KTM 390.

Airflow into the engine is a major component of making power. Generally, the most air you can suck in, the more horsepower your engine can produce. This is because airflow is often a bottleneck for performance. K&N delivers on this by increasing airflow and adding a few horsepower.

Better yet, the filter is cleanable and washable. So, you won’t need to replace your filter unless it gets damaged. If you’re shopping for FTM motorcycle parts online, make sure to pick up some new brake pads. The OEM brakes are acceptable but won’t hold up to a full day of fun and fast riding. The heat will cause them to lose stopping power.

The answer is EBC Sintered Double-H Brake Pads. These specially-designer, performance pads are H-rated for both cold and hot operation, hence the name. The H rating is the highest friction level for brake pads. In other words, you’ll get maximum stopping power both when you start riding and when you’ve been riding all day.

Power isn’t the only consideration in improving your bike’s performance. You also should enhance your control. These EBC brake pads are a simple way to do just that.

These Pirelli tires based on the brand’s racing pedigree. However, the are designed from the ground up for street use. So, you can rely on them to keep you in control while you commute, but you can also push them to their limits when some space opens up on the road.

The wheels are perhaps the most important component of a motorcycle. They are the element that converts the engine’s power into forward movement. Upgrading your wheels with performance tires can give you a major boost in both speed and control.

The Diablo Rossi family of tires features larger footprints for maximum grip. They are also designed to stay tough in a range of temperatures and conditions. You can be confident in your bike’s performance with these tires.