Home
Tuning
2012 VW Tiguan SUV gets makeover from ABT Sportsline 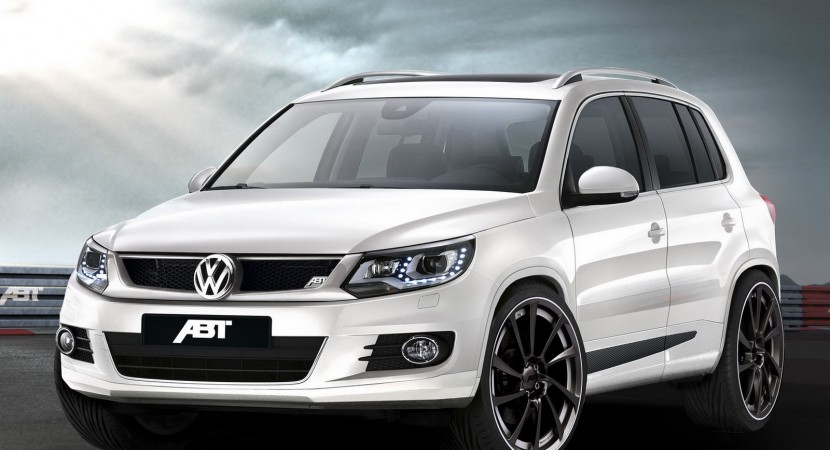 In the world of tuning, particularly specialist one like ABT Sportsline tends to do, “nice and handy” just doesn’t cut it. This is why, incredibly shortly after the new market release of the 2012 VW Tiguan they had a shot at redoing it. 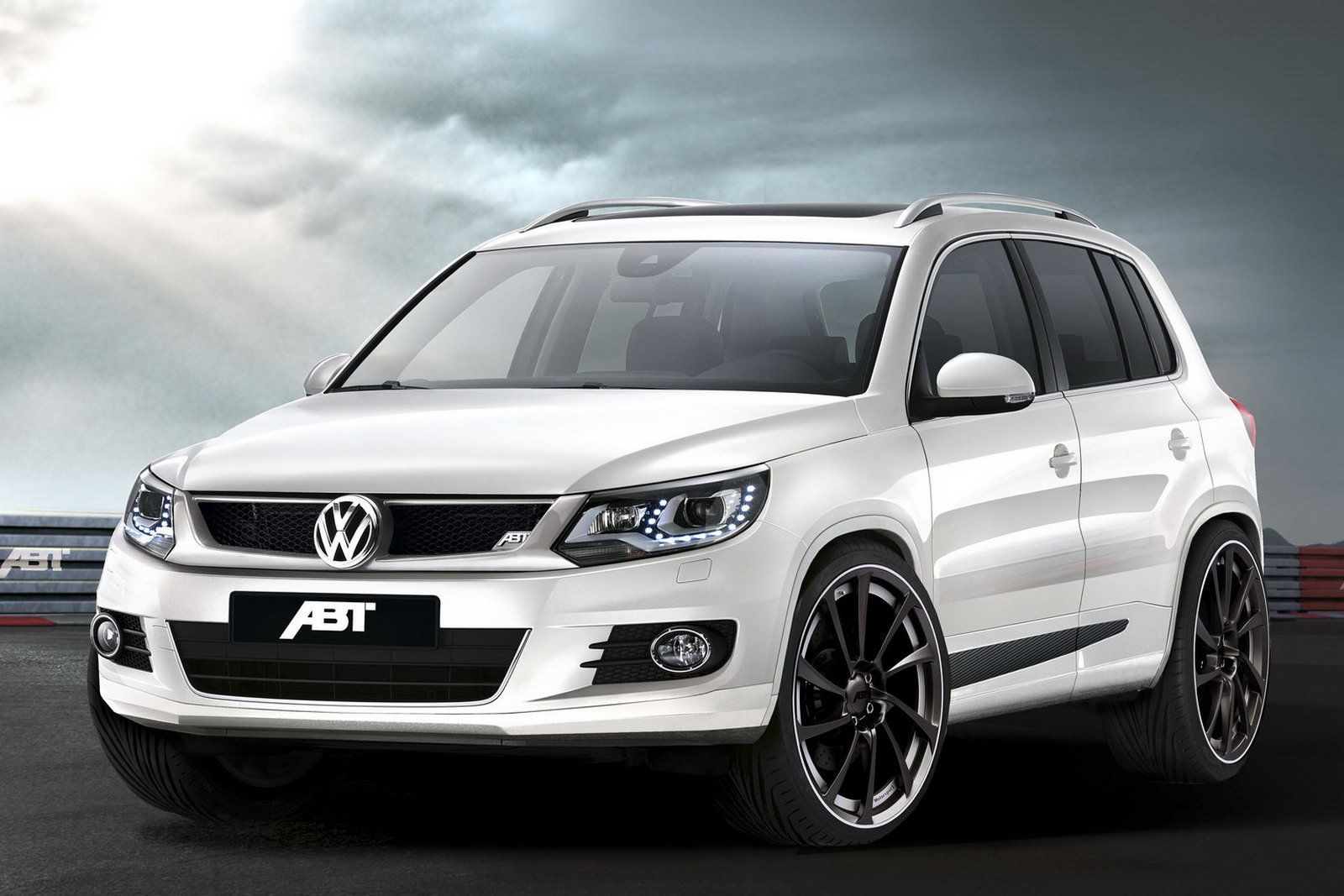 Bear in mind that this is just a mid-project update and you will then probably understand the amount of work that has and will be going into greeting the ever picky customers.

Exterior appearance was improved somewhat by VW as the 2012 Tiguan wears the new company face and ABT Sportsline then added a new body kit.

The latter features new front and rear aprons, different side skirts, some rather cheesy carbon fiber trim bits and bobs and a restyled front radiator grille. 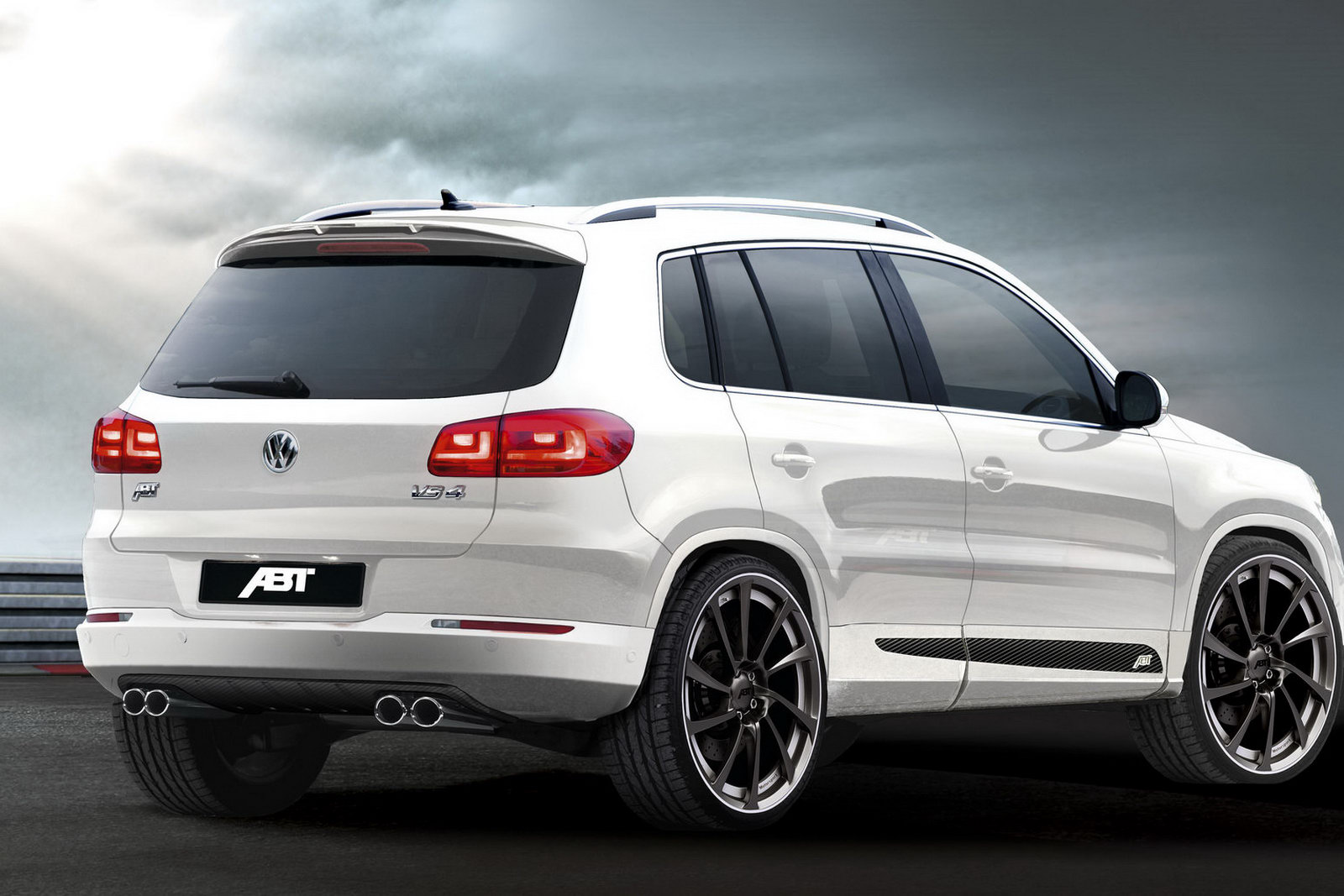 Underneath things get more serious as ABT Sportsline has about as many modifications as the alloy wheel designs available for the handling related items.

No actual details on what’s to be making up the sport suspension the 2012 VW Tiguan gets, and even less details are known on whether or not the braking system will or will not be altered.

What is certainly to be altered is the exhaust system which should have as many tips as the car has wheels. 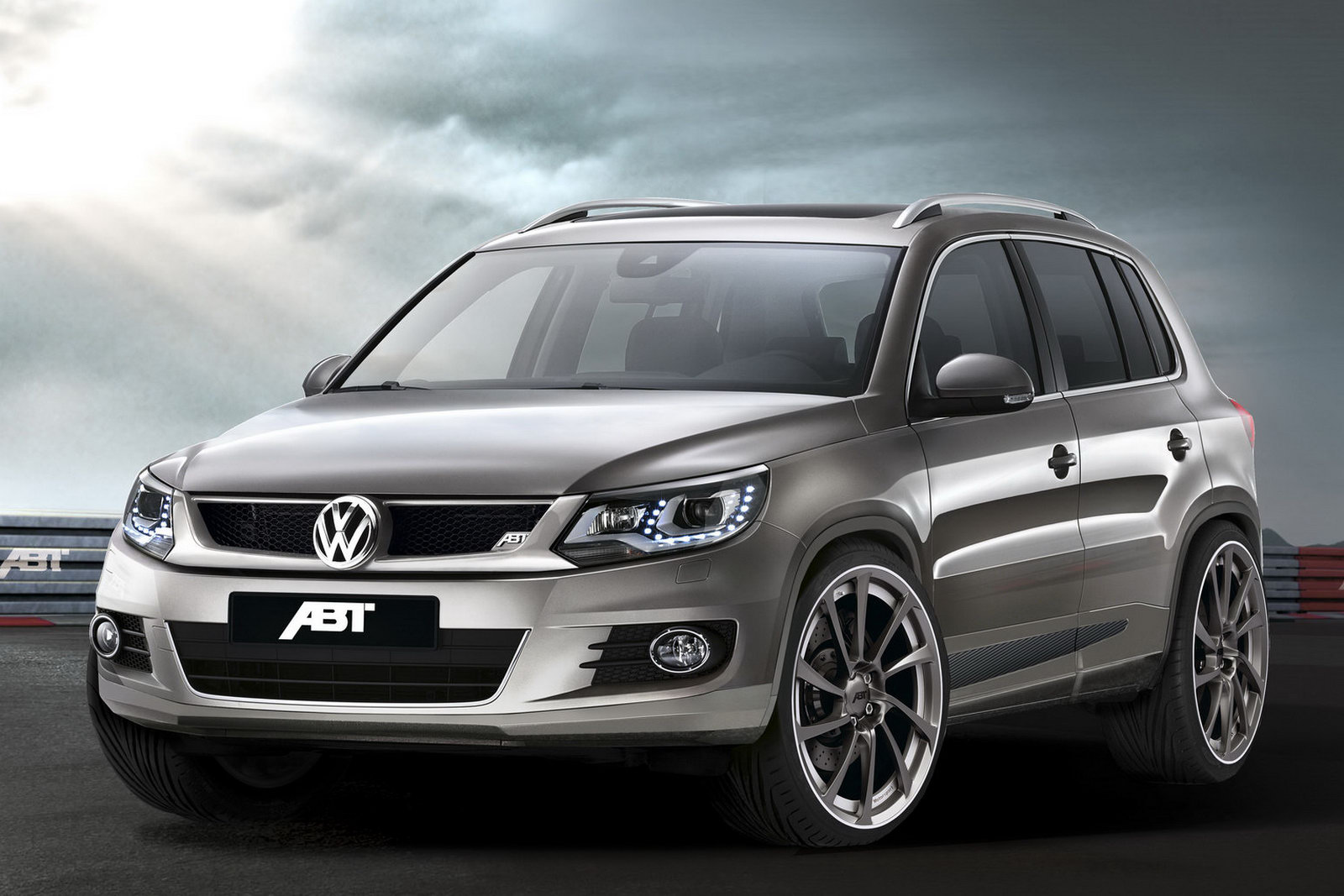 That exhaust setup, will be hooked up to whatever engine you choose from the lineup offered by VW with the new 2012 Tiguan.

Unlike the factory made mini SUVs however, ABT Sportsline’s Tiguans will all get performance upgrades regardless of fuel going into it.

The 2.0 liter TDI that would regularly push out 140 horsepower will go to 170. The diesel version of their 2.0 liter that already had an output of 170 ponies goes up to 195 horsepower. 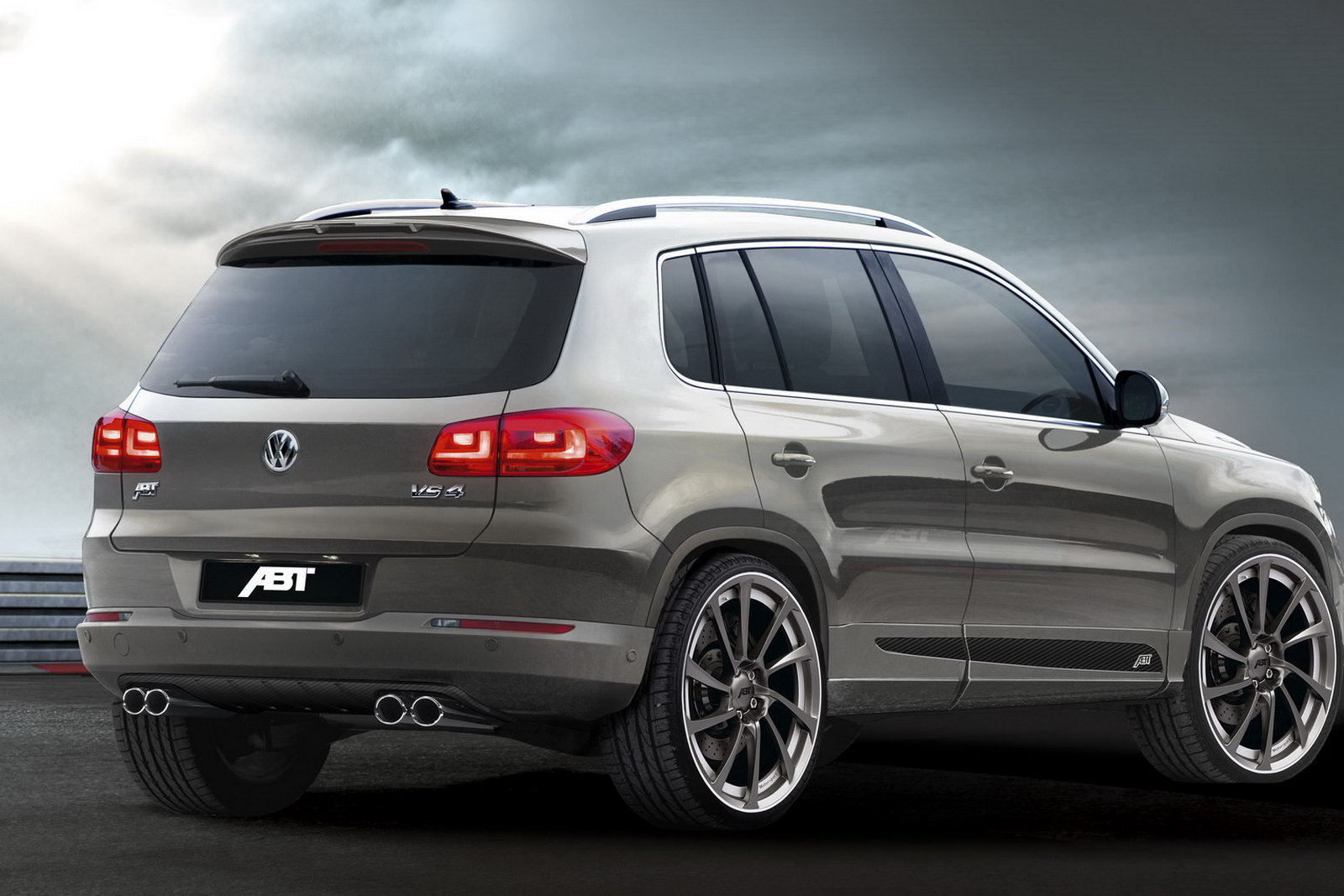 Over in the petrol sniffing camp, the 1.4 liter TSI goes from 160 to 210 horsepower. The bigger brother in the turbocharged petrol camps, features the 2.0 liter setup with 180 horsepower being turned into 210.

Saving the best for last, the most performance ready 2912 Tiguan, the 2.0 liter TSI which develops 210 horsepower as standard, much like the Golf GTI is re-tuned by ABT Sportsline to the point where it churns out 250 horses.

Further details on what sounds like a more than interesting tuner job on a “nice car” from Volkswagen should be seen at the future Frankfurt Motor Show.