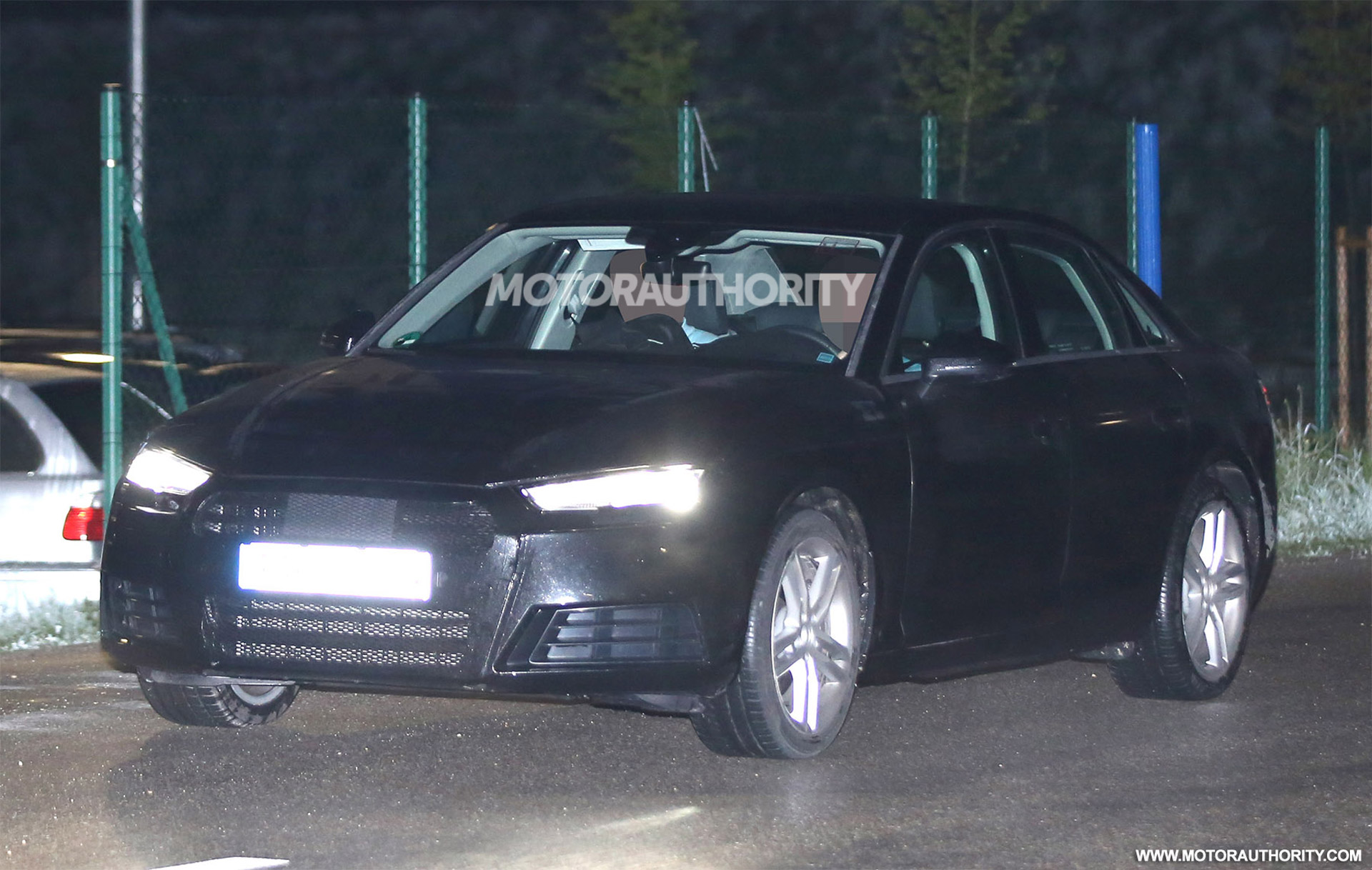 Just the other day, Audi released the details with the 2.0L TFSI engine that will be fitted under the skin of the 2016 Audi A4, and today we have some new spy shots with the 2016 A4, courtesy to Motor Authority, that showcase how the model would look like when it will be launched at the 2015 Frankfurt Auto Show, this September.

As a smaller reminder, the 2016 Audi A4 equipped with the 2.0-liter TFSI, will develop 187 horsepower, which is less than the 220 horsepower from the current model, instead it would come with more fuel efficiency and a lot of high-tech gizmos inside. A plug-in hybrid will also see the daylights, under the name “e-quattro”.

Concerning the platform, the 2016 Audi A4 will also stand on the MLB Evo, meaning that the entire chassis will be constructed from high-strength steel, aluminum and other lightweight composites that would make it shed some considerable weight, which is around 200 pounds.

Moving outside, as we can depict from the spy shots, the upcoming Audi A4 will feature an evolutionary body style, with a modern design and fine lines. But since we are talking about a prototype here, we might expect a few changes here and there.