2017 Jaguar F-Pace Configurator Goes Online in the US 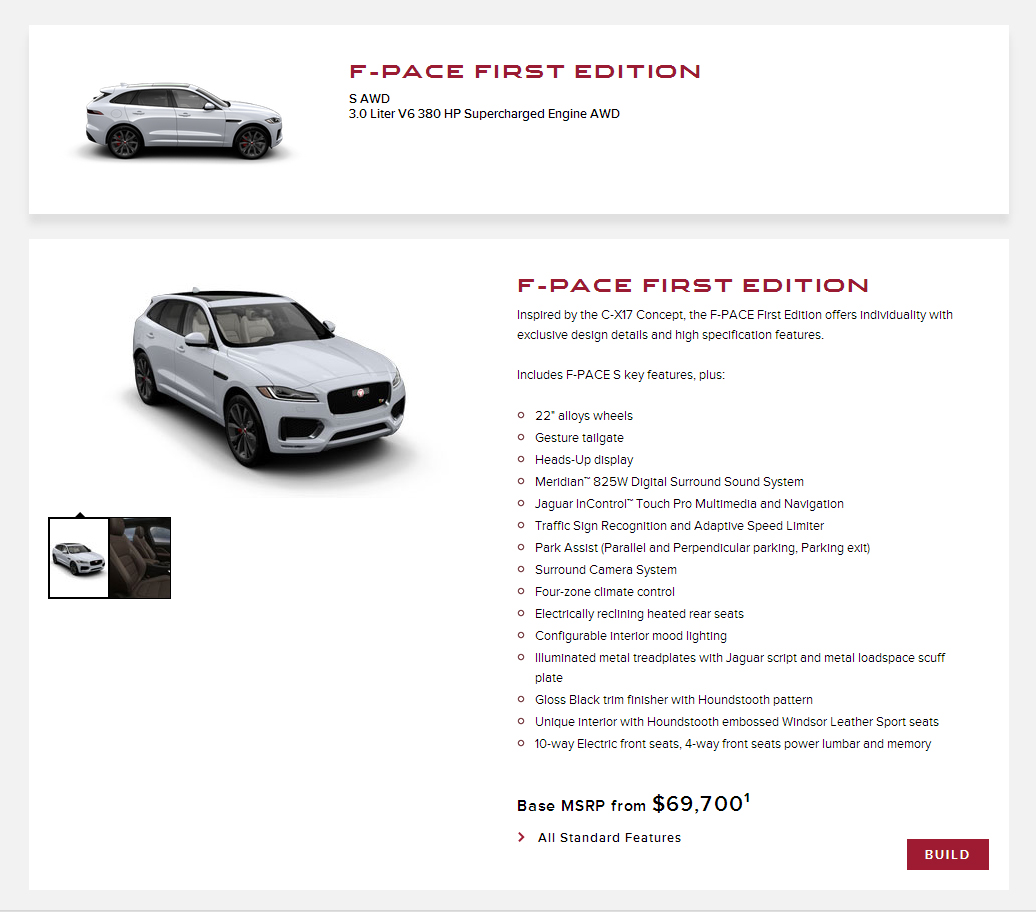 Jaguar has recently unveiled the 2016 F-Pace at the 2015 Frankfurt Motor Show and has now released the online configurator in the United States, the model being thus previewed before its official debut in the US dealerships, starting next year.

The 2017 Jaguar F-Pace online configurator is revealing the full specs and prices that the model will be coming with next year in the United States. We will mention just a few of the options, the rest of them being released in the pictures below or on the official US Jaguar`s website.

In case you want something more powerful, then you should chose the 35t AWD, with a 3.0-liter supercharged V6 engine, which develops 335 horsepower and has a topping of 250 km/h. This version will set you back at $42,990.

Should you chose the S AWD, this model will cost you $56,700 and will come with the 3.0-liter supercharged V6 engine, with 375 horsepower and a sprint from 0 to 100 km/h in a good 5.1 seconds. The same engine can be also found on the $69,700 S First Edition limited model. More details are listed below, or on the F-Pace`s US Online Configurator!