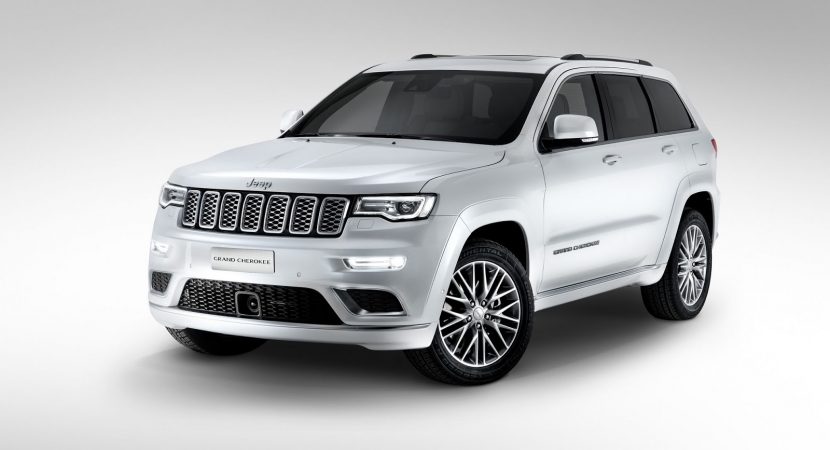 The North American based Jeep carmaker is getting its flagship lineup ready for the 2016 Paris Motor Show which is just about to open its gates. The carmaker`s top of the line 2017 Grand Cherokee is the one leading the big opening, especially since the company is celebrating 75 years of existence on the market.

As we can depict from the photo gallery below, the 2017 Jeep Grand Cherokee is top of the class model with an extremely aggressive and appealing design, highlighted by the massive front grille which wears the company`s signature, along with other standout features.

The main model displayed at the carmaker`s stand would be the Cherokee Night Eagle II, packing distinctive features like black styling elements, 18-inch alloy wheels or black leather interior, as well as the Trailhawk trim with similar standard tweaks as the Night Eagle II.

Besides the two versions, the carmaker is also preparing the debut of the Renegade Desert Hawk, this particular model being offered with custom decals, matte black front grille, 17-inch black aluminum alloy wheels or rear tow hook. Inside, the model features black leather and cloth seats with white stitching.

Another interesting model that will complete the lineup at the Paris Motor Show will be the Wrangler and Renegade models, both with significant upgrades signed by Mopar.

More than that, the North American car builder is also introducing in a world premiere the 1.6-liter Multijet II engine, with the brand new Dual Dry-Clutch six-speed automatic transmission, which was first seen on the entry-level 1.4-liter engine. We should expect more interesting details about the Jeep range being displayed at the 2016 Paris Motor Show.