Automotorblog: Daily news on cars and motorcycles Kia 2017 Kia Soul Turbo Is Out of the Box
Kia 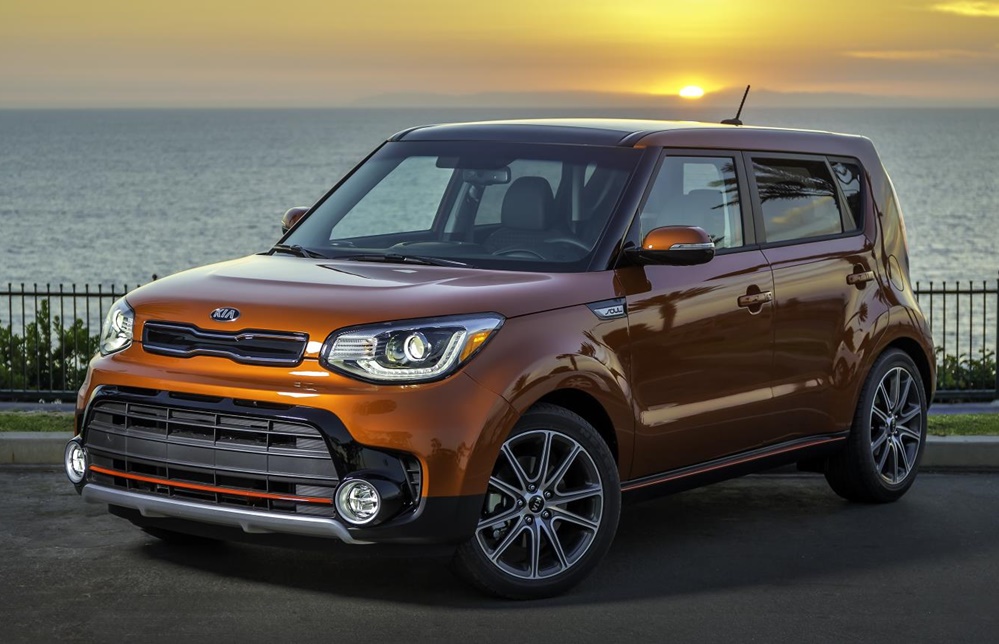 The Kia Soul has been a controversial model ever since its official introduction in 2008 at the Paris Motor Show, and that because of its lack of aesthetics and practicality; however, the car was sold in decent numbers which was enough for the carmaker to plan a future model.

And here we are with the 2017 Kia Soul Turbo, a completely new car in terms of design and performance under the hood, especially since we are dealing here with the Turbo variant.

“We wanted to provide loyal Soul lovers and new buyers a sportier option. The 2017 Soul Exclaim with its turbocharged engine gives the car`s fans another wonderful choice from an already wonderful line-up.”

And indeed, the only trim available, the Exclaim, is standing out from the crowd with unique features, like red-accented exterior trim, chrome grille surround, dual chrome twin-tip exhaust and custom Soul tailgate badging adding as well the 18-inch alloy wheels.

In the engine department, the 2017 Kia Soul Turbo comes with 200 horsepower and 195 lb-ft of torque. Even if that may not impress some of its audience, it does compensate with a better combined fuel-consumption of 28 mpg, being hooked to a seven-speed Dual Clutch Transmission.