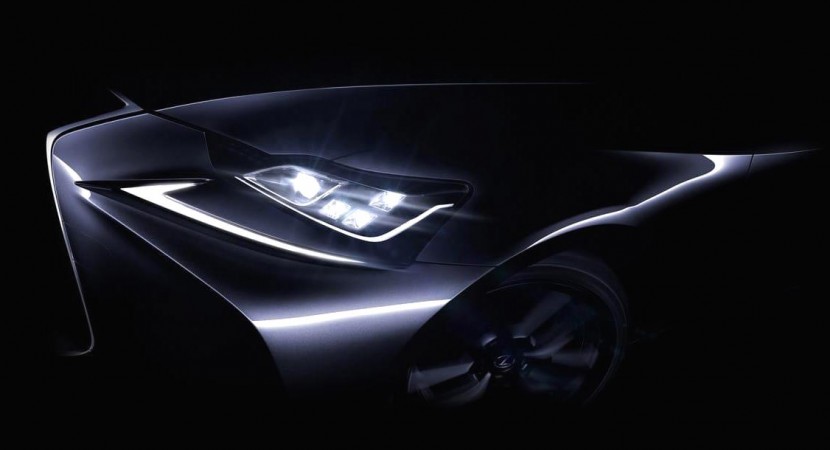 Toyota`s luxury subsidiary Lexus is preparing the official unveiling of the all-new 2017 IS facelift at the 2016 Beijing Motor Show, with the model popping-up in a teaser image ahead the event, which starts on the 25th of April.

Lexus stated in a recent interview that “the upcoming new model will bring exciting breakthrough based on the Lexus signature L-finesse design philosophy. The bold evolution of design with greatly enhanced impact will absolutely ignite people`s desire to put their hands on the steering wheel.”

The facelift will bring some new updates to the body styling, like new LED headlights or revised front bumper and grille. Judging by the teaser image, we should also expect fresh taillights, a wide choice of lens colours, all complemented by the new alloy wheels for all trims.

Under the hood, the 2017 Lexus IS facelift will carry out the same engine lineup like the IS 200t turbo, IS 300h hybrid or the IS 350 V6. The Japanese carmaker has also hinted at the possibility of a new IS 200t with a 2.0-liter turbo engine.

Inside, reports also state a slight makeover, like updated infotainment system with on-board applications, along with other apps compatible with Android or iOS connectivity. The full details list will be known at the 2016 Beijing Motor Show, which opens its gates next week.